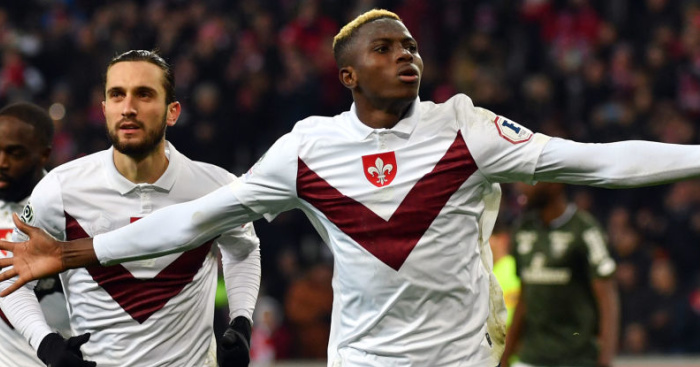 The Daily Express says Arsenal are tracking Osimhen as a potential replacement for Aubameyang.

Aubameyang looks set to leave this summer after failing to negotiate new terms at Emirates Stadium.

The Gunners are keen to avoid a repeat of the scenario which saw Aaron Ramsey leave for free last summer, so will offload Aubameyang this summer to ensure they get a fee.

Osimhen has scored 13 goals in 25 Ligue 1 starts this season.

Meanwhile, Osimhen has turned down an offer from Napoli.

The Nigeria striker is being put up for sale by LOSC president Gerard Lopez as he seeks to balance the club’s books for next season.

Napoli are keen, but Eurosport’s Manu Lonjon reports Osimhen has already turned down the Italians.

The striker also is fielding interest from England, where Liverpool, Chelsea and Arsenal are all keen.

Lonjon says a decision from Osimhen is expected in the coming weeks.