Arsenal have been fined by FIFA and warned about its conduct regarding player transfers. 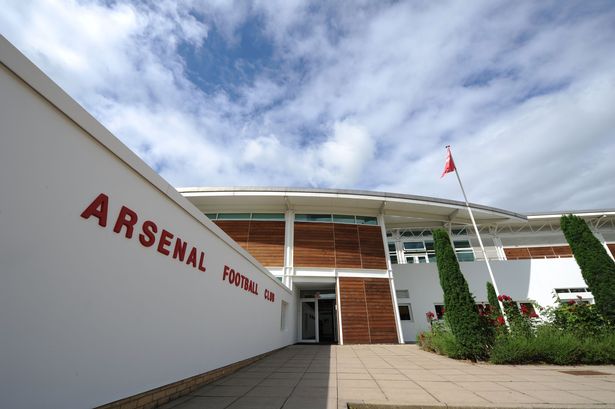 World football’s governing body have fined the Premier League club £34,000 and the Gunners have been warned that they could face harsher sanctions in the future

However, sell-on clauses placed in their contracts were variable, meaning if either returned to clubs in the UK, Arsenal would receive a bigger fee.

In Akpom’s case, Arsenal would receive 40 percent of the transfer fee if he moved to a British club, but only 30 percent if he went elsewhere.

Frosinone would pay Arsenal 30 percent of any fee if Campbell was sold back to the UK, but only 25 percent if he went anywhere else.

The discovery of the sell-on clauses has seen an investigation take place since January, having not been initially declared.

The FIFA disciplinary committee found Arsenal to be violating rules for entering into contracts that thus enabled it to influence other clubs, and also for failing to declare data in its Transfer Matching System.

“The committee considers that, by the mere existence of these clauses, Frosinone and PAOK FC are influenced by Arsenal in employment and transfer-related matters,” FIFA disciplinary committee member Thomas Hollerer wrote in the verdict document on Thursday.

“The committee considers that the relevant clauses undoubtedly grant Arsenal the ability to influence in employment and transfer-related matters the independence, policies and the performance of PAOK FC and Frosinone’s teams.”

read also:Saka to battle, Pepe, Xhaka For Arsenal Player Of The Month

FIFA has also told Arsenal that FIFA that “should such infringements occur again in the future, the committee would be left with no other option than to impose harsher sanctions.”

In their defence, Arsenal said that both the Premier League and the FA were satisfied there was no breach of third-party influence rules.