Emmanuel Petit has expressed his belief that it is “time for Unai Emery to leave  Arsenal”, while backing Rangers boss Steven Gerrard to come in and steady the ship at  Emirates Stadium. 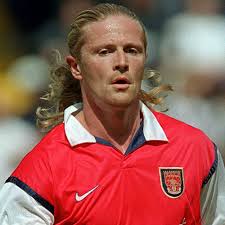 The pressure is mounting on Emery after a six-match winless streak across all competitions which has seen the Gunners exit the Carabao Cup and slip to sixth in the Premier League.

A 2-0 defeat at Leicester City on Saturday left Arsenal eight points adrift of the  Champions League places, with a crucial home fixture against Southampton up next after  the international break.

Some fans and experts have already suggested Emery’s time at the Emirates is up, with no significant progress made at the club since his appointment in the summer of 2018.

Petit is among those endorsing the Spaniard’s potential departure, with it his belief  that Arsenal “need a great leader” in the mould of Gerrard, who has helped Rangers  emerge as title contenders in Scotland once again.

“The club needs a great leader now,” Petit told Paddy Power. “Someone who can bring back

the passion, someone respected by the players, someone who can fill the team with energy  and the winning mentality.

“Steven Gerrard, for example, is like this.“I want to see passion, emotion. Someone who, when he takes your hand, you can feel the electricity.