Arsenal to keep Saka away from ‘hugely impressed’ Liverpool

Liverpool have a concrete interest in Bukayo Saka, claims a report, but Arsenal are unlikely to sanction a transfer even though he is nearly out of contract. 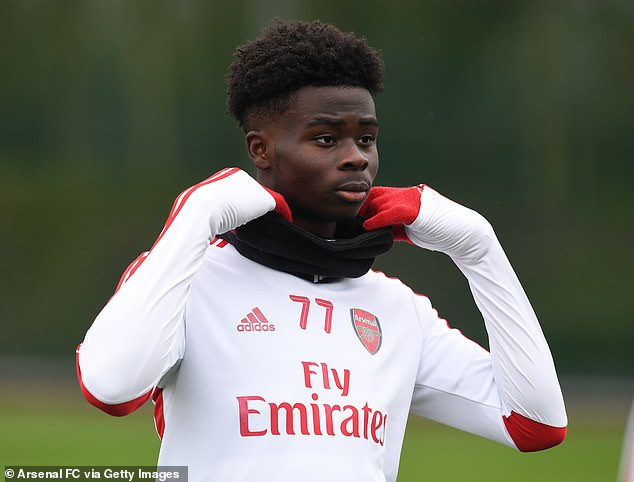 Saka has been one of the most promising aspects of Arsenal’s mixed season, with the teenager impressing as either a left winger or a left-back.

The 18-year-old is out of contract at the end of next season, meaning Arsenal may have to sell him to avoid losing him on a free to a Premier League rival – with the likes of Liverpool and Manchester United circling.

However, it appears that the Gunners will not be selling him before his contract expires, as Football Insider claims that they are not giving up hope of convincing him to sign an extension and are prepared to take the risk of negotiating into next season.

Arsenal are ready to offer Saka an improved five-year contract to reward him for the impression he has made in their first team so far – but they may be in a race against time to convince him.

Liverpool are said to be on alert, with the report adding that the Premier League leaders are “hugely impressed” by his potential and the fact that he already has experience at a high level.

Borussia Dortmund are also among the interested parties – although they are not mentioned in Football Insider‘s report – and are hoping to lure Saka away with the temptation of more regular gametime in Germany.