Could Super Falcons forward and  three time African Women’s footballer of the year Assisat Oshoala  be having a child that is not known to her teeming fans?  Could she really be a single mother and member of the growing single mothers’ league? Is it possible that the former Arsenal Ladies ace that recently joined Barcelona ladies in Spain to continue her quest to reach the zenith in the round leather has such a grown up child that could actually be in the age bracket of 8-12?

Those were the puzzles that took over the minds of many of her teeming fans following a photo she dished out on social media on Wednesday. 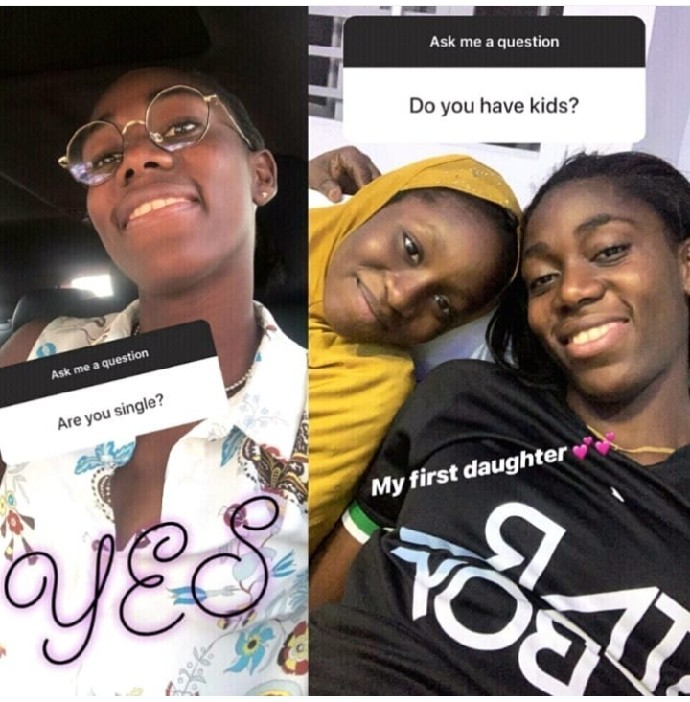 The post in addition revealed that she may have been receiving a lot of suitors many of who pose questions over her marital status. One of the photos has the query “Are you single, followed by a cursive yes! The next photo placed side by side with the first introduces a shy but apparently young girl followed by the submission “My first daughter” which also indicates that the former Dalian Quanjian F.C. of China striker is looking forward to perhaps having more babies in future.

The post has led to various speculations that the footballer may have been a victim of child pregnancy, before finding her foot and fame in football. 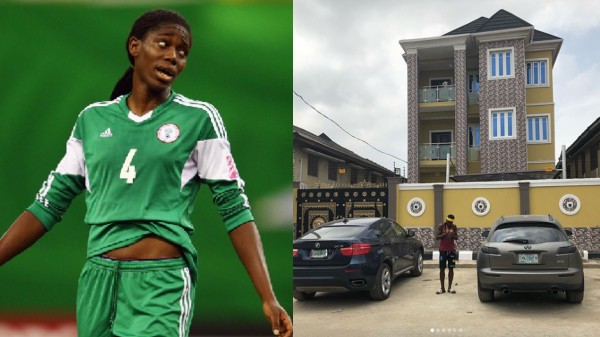 One of those who reacted following the posts said “Most times, this type of single mothers are always successful because they learnt from their mistake, and want to prove to people they are not as dumb as they think”

Another said “I respect your courage for showing the world your daughter, anyone who has interest in your will love you and your daughter” Another again followed while sounding as if he has been nursing the idea of proposing to the Super Falcons striker “Your first daughter or younger sister. The first daughter I  am seeing so is about twelve years old. Someone please tell me this news is not real biko”