Aston Villa beat Tottenham and Rangers to the signing of Chukwuemeka

Aston Villa have completed the signing of Northampton teenager Caleb Chukwuemeka, reuniting him with his younger brother Carney at Villa Park.

Promising Nigerian-born forward Chukwuemeka, 19, has joined Villa from League Two Northampton for an initial fee of around £300,000 with add-ons in the deal that could take the eventual figure up to seven figures. 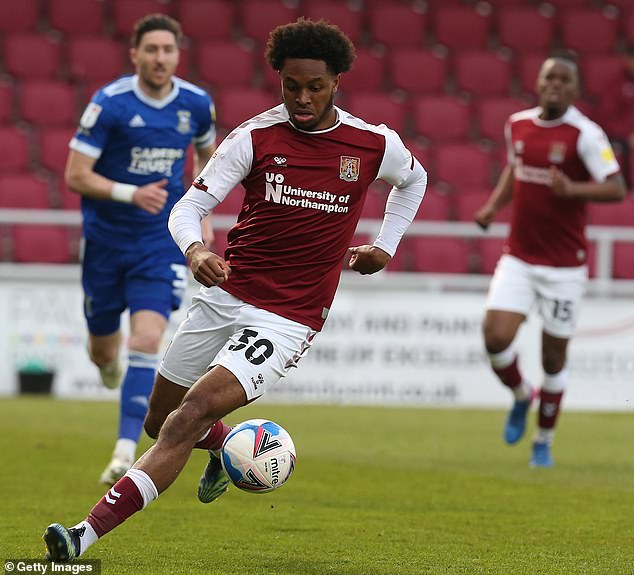 Chukwuemeka has signed a three-year contract after undergoing a medical over the weekend.

Sportsmail revealed Villa’s interest in Chukwuemeka last September and, 11 months on, they have now beaten off the likes of Tottenham and Rangers to secure him.

Newcastle, Norwich and Club Brugges were among the other clubs who had also shown interest in Chukwuemeka.

Chukwuemeka is the brother of England under-18 starlet Carney, 17, who is rated as one of Villa’s most exciting young talents, already part of Dean Smith’s first team and also joined the Midlands side from Northampton in 2016. 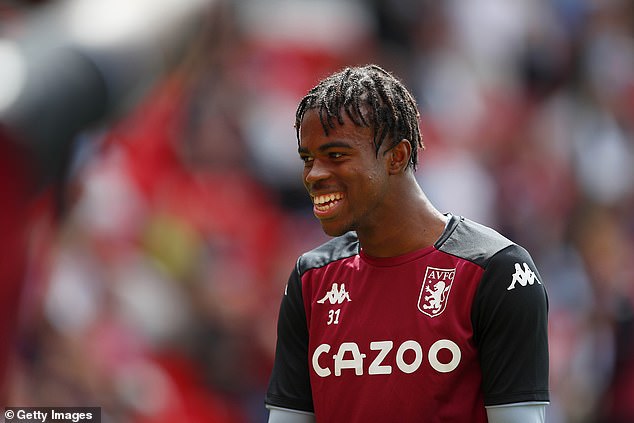 Interest in the speedy, 6ft 3in attacker began to mount after Chukwuemeka senior scored 16 goals and set up 14 goals for Northampton’s under-18s during the season cut short by the Covid-19 pandemic.

He has since gone on to make 28 first-team appearances, four of which have been starts, scoring twice.

Northampton had failed to agree a professional deal with Chukwuemeka and his youth contract was due to expire in January allowing Villa to snap him up for a cut-price fee.