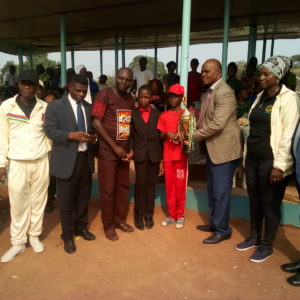 The school’s Principal, Ade Adepetun lauded the efforts of the Lagos State Ministry of Education for making events like inter-house sports to take place in secondary schools which has helped in producing young starlets and added to the growth of Nigeria Sports.

“We thank the Lagos State Ministry of Education for their tireless effort to promote sporting activities in Schools which we the schools have also tried in grooming these athletes in becoming a better person in Life.

He also disclosed that some students from the school have found themselves at the national level through grassroots sports like inter-house sports.

“We have also found out that event like inter-house sports has been very beneficial in terms of giving room for young athletes which will later become star athletes like that of Omobolanle Ojo who has now become a Lagos state sprinter and was discovered last two years,” he added.

It was not just the student that took part in the activities as parents, teachers, and invited schools also participated in various activities. The Red house also emerged winner of the march past event.
Loading...
Army ChildrenInter-House Sports