Kenya’s world reigning 3,000 metres steeplechase champions Conseslus Kipruto and Beatrice Chepkoech say
the decision to remove their race from the “core” events in the 2020 Diamond League could hold back
their career. 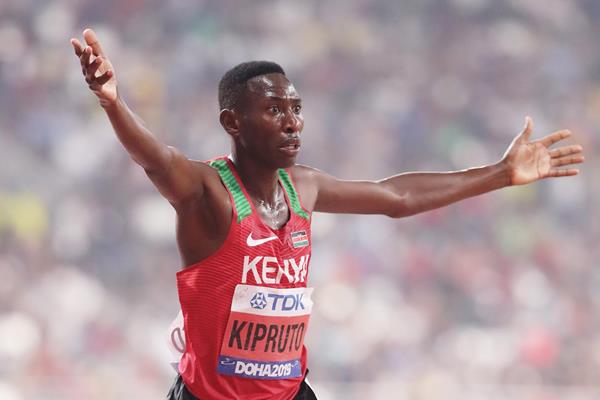 World record-holder Chepkoech, who won the Diamond League for the second time this season and claimed her
first world title in Doha, said the move came as a complete surprise.

“It came as a total shocker for me when I heard that the women’s steeplechase will not feature in the
calendar next season,” she said.

“This is the time when I feel I am at the top of my running career.But it will come to nothing if I am not able to compete at the Diamond League, which I consider as the most lucrative competition and helps us to develop into well-rounded athletes.”

“I’m so disappointed that the IAAF has taken such a drastic step to scrap the 3,000m steeplechase from the
Diamond League,” said Kipruto, who stretched Kenya’s world championship winning streak in the event to 31
years when he won in Doha in September.

“The 3,000m steeplechase has made me what I have become and many Kenyan youngsters have been motivated
to take up running as a career.”

Athletics Kenya (AK) has however defended the IAAF decision, saying Kenyan athletes will still have
high-quality meetings to choose from in 2020 with good earning potential.

“The 3,000m steeplechase will also feature strongly in the (African) continental tour which will be announced
later after Confederation of African Athletics council approval,” AK said in a statement.

The International Association of Athletics Federation announced on Thursday that the steeplechase, discus
throw, triple jump and the 200m will not be contested in the Diamond League as it shortens the programme to
allow for a 90-minute international broadcast window.

“Our objective is to create a faster-paced, more exciting global league that will be the showcase for
our sport. A league that broadcasters want to show and fans want to watch,” said IAAF President Sebastian
Coe.

The IAAF said the steeplechase would still be run at the meetings in Rome, Oslo and Doha, but will neither
be broadcast nor count towards the overall Diamond League prize money.

Earlier this year, the IAAF said it would be scrapping the 10,000m and 5,000m from the Diamond League, with
the 3,000m being the longest distance event.

Super Sunday: No cause for alarm Police tells Man City