For being the best player from Africa to reach the last 32 of the men’s singles at the 2019 ITTF World Championships in Budapest, Hungary, the African Table Tennis Federation (ATTF) for being a record setter for the continent at global level. 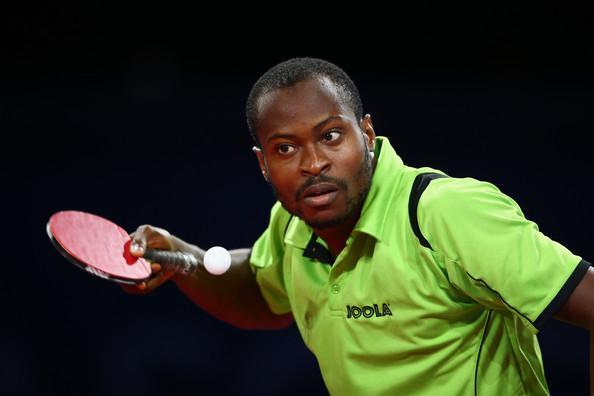 The continental through its President, Khaled El-Salhy described the Nigerian as a good ambassador for always putting the continent on the world map with his scintillating performance.

El-Salhy, however lauded Egypt’s Dina Meshref for her second feat in the women’s singles as well as her partnership with compatriot – Yousra Helmy for making it to the second round of the women’s doubles.

“Some African players did quite well especially Aruna Quadri (NGR) who was the last male player on track by reaching the round of 32, also Dina Meshref (EGY) who also made it to the round of 64 in singles while her doubles’ pairing with Yousra Helmy reached the last 32 of the event. I think they all tried their best and lost in some very tough matches,” the ATTF boss said.

For African players to excel at big stage, El-Salhy said: “Medal in this kind event is very difficult due to the big competition from China with five players as well as strong teams like Japan, Germany, Koreas, and others, but maybe they should look to medals in World Cup and World title events. Players must also work hard to be able to advance in this kind of competition and this will surely help their World Ranking, and also for the national associations to prepare the players while Africa countries should also be looking forward in in hosting similar WTTC in the near future.”

On the inability of Morocco to secure the hosting right for the 2021 World Championships, he said: : “There is hope for Africa because this time Morocco put up a perfect bidding and ATTF supported them, while USA won the bidding due to their planning to use the event in 2021 as the 50th Anniversary for the Ping Pong Diplomacy. I am sure Africa could be hosting the WTTC soon.”