Hat-trick heroine, Asisat Oshoala has made the Confederation of Africa Football (CAF) first 11 which was announced after the the completion of the first round of matches at the Africa Women’s Cup of Nations going on in Ghana. 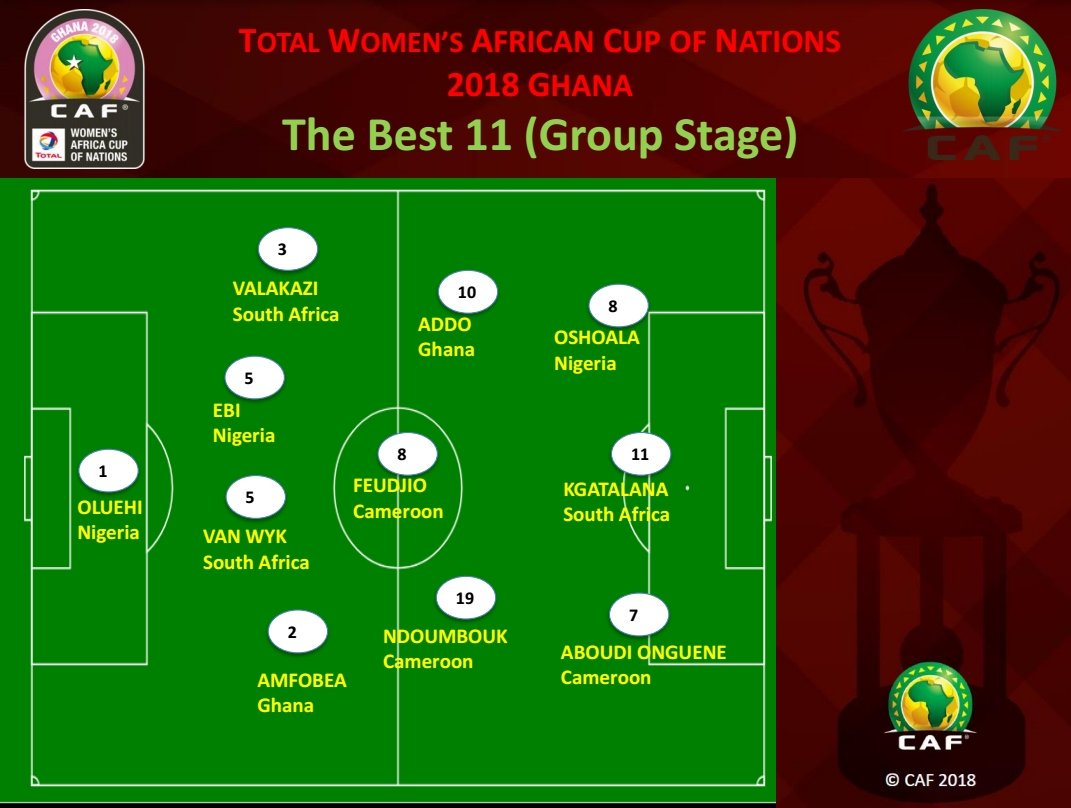 Oshola made the list after scoring a hattrick against against Equatorial Guinea last Saturday which earned her the Woman of the Match award. She is joined on the list by captain Onome Ebi and goalkeeper, Tochukwu Oluehi who has only conceeded a goal in the tournament which was against South Africa.

Super Falcons duo, Desire Oparanozie and Francesca Ordega who have two goals each are on the substitute bench that has also Malian hitwoman, Basirat Toure and Kimberly Barker of South Africa.

Nigeria will face Cameroon in one of the semi final matches at the Accra Sports Stadium on Tuesday which will be a repeat of the 2016 edition when both teams met in the final.

In the other semi final clash, Mali tackle South Africa at the Robert Mensah Stadium in Cape Coast later in the evening.

The four teams are battling for the three available tickets reserved for Africa at next year’s FIFA Women’s World Cup in France.