Several states including partners and sponsors of the Nigeria Football Federation (NFF) have lined up to splash the cash on the Super Falcons for winning the just – concluded Total Women Africa Cup of Nations in Ghana, according to the federation’s President, Amaju Pinnick.

Pinnick told the players on Wednesday at their Starview Hotel in Abuja.

He however said they were waiting for President Muhammadu Buhari to have the first honour. 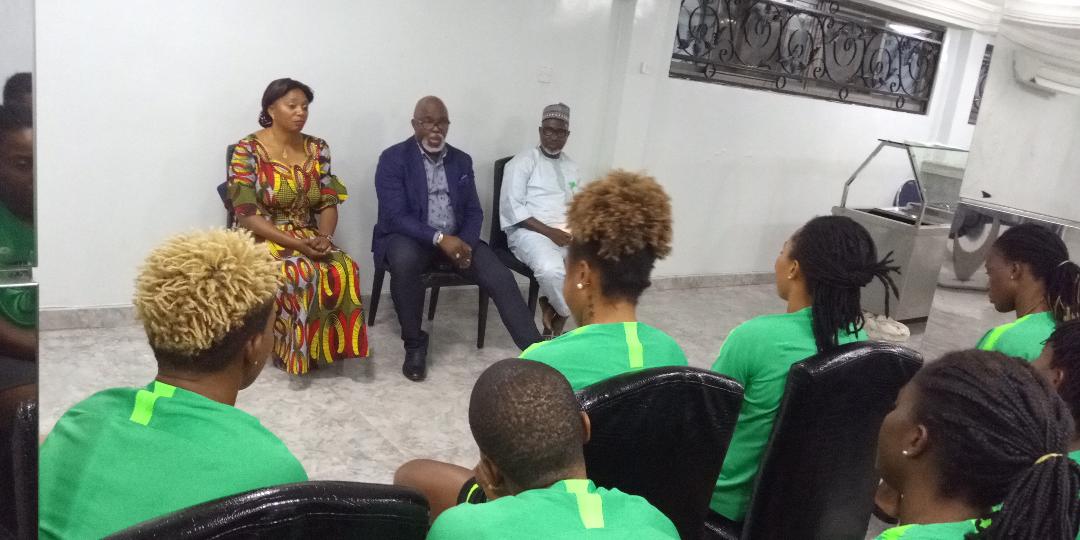 “Already our sponsors are lining up to host and honour you for your achievement, as
as some State Governors who have indicated their interest in hosting you, but all that will be after the President hosts you”.

“I want to congratulate and also thank you once again for what you did on Saturday, making us all proud. You see, you displayed the quintessential Nigerian Spirit. You showed that the Nigerian flag strengthened you and that is why, even during the extra time, you were not tired,” he told the players in the company with the NFF
General Secretary, Sanusi Mohammed and Head of Women Football, Ruth David.

He further promised that the Federation will support the programme of Super Falcons’ Coach Thomas Dennerby to ensure that the team is well prepared for the 2019 World Cup in France.

“We are already working with the coach who has submitted his plans for the World Cup to us. Also, I am talking to some European Federation presidents and the President of European Union Football Association, Aleksander Ceferin to secure friendly matches for the team in preparation for the World Cup”.

The General Secretary, Sanusi Mohammed also commended the ladies, revealing that they were the focus at a seminar on Monday in Abuja held as preview to the National Sports Festival. “Honestly, I was very happy on Saturday. I am proud of what you have done. You know, at the preview of the National Sports Festival, all the
resource persons focused on you, the Super Falcons”. Both Captains, Rita Chikwelu and Onome Ebi, in their vote of thanks pledged that the team will give their best at the World Cup.