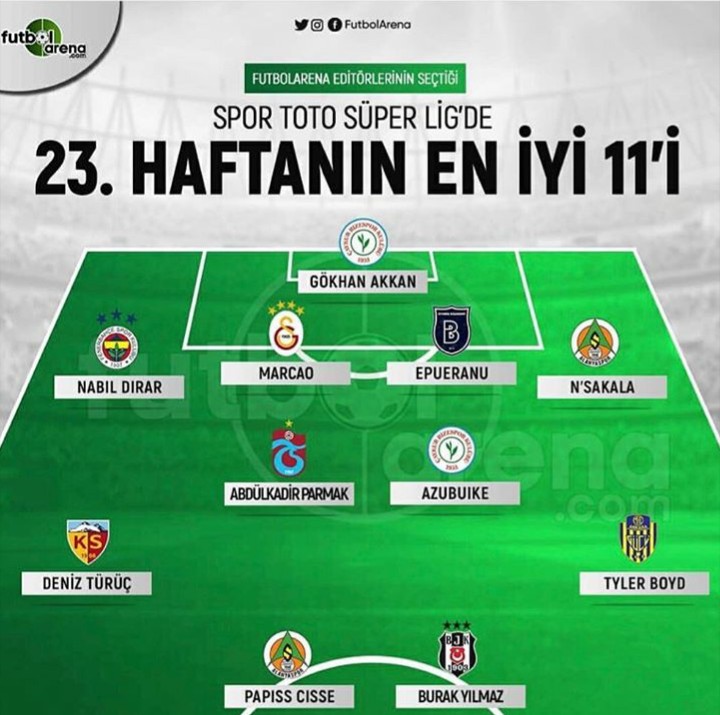 In a bid to save Rizespor from relegation, Super Eagles prospect Azubuike Okechukwu has taken his game to a whole new level and his hardwork has earned him a spot in the Turkish Best XI for Match-Day 23.

The Olympic bronze medalist has been in fine form since returning to Turkey on loan from Egyptian side Pyramid FC and opened his goals account on Match-Day 22 during the 2-0 away victory against Bursaspor and followed that up with a stellar showing against his former club Yeni Malatyaspor where he provided the assist for the third goal in a 3-0 win.

Speaking to SportingLife from his base in Turkey, he revealed: “I feel great with this recognition. It shows that I can achieve more and I thank God for everything.

“It was plenty emotions playing against my former club but I had to be professional and help my new team to victory. I’m loving my game again and looking really sharp.”

Asked what are his targets for the rest of the season, Azubuike replied: “I want to help my team escape the drop this season and we are currently doing a good job of that. Also, I want to add two more goals to the one I current have and surprisingly if I achieve that – it will be m best scoring tally from midfield since I moved to Europe.”

Azubuike joined Rizespor in January and they have remained unbeaten this year, moving up to 12th on the log with 28 points after 23 matches so far this season.

Nadal blasts Kyrgios for ‘lack of respect’ after Acapulco defeat