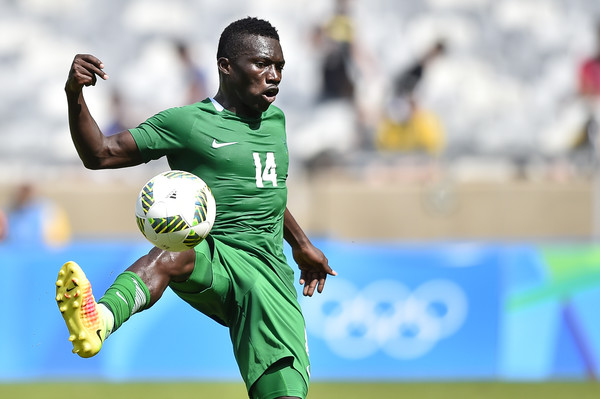 Azubuike Okechukwu celebrated his first goal for new club Rizespor as he helped them to a 2-0 away win against Bursaspor in the Turkish Super League.

The 21-year-old former captain of Nigeria’s U-23 team moved to Turkey from Egyptian side Pyramids FC on loan in the January transfer window and has already warmed himself into the hearts of club supporters.

Azubuike made his debut last week against Antalyaspor and was handed a start against Bursaspor on Saturday. He grabbed his opportunity by netting the second goal of the encounter after Moroccan star Aatif Chahechouhe gave the away side a first half lead.

The Nigerian star tweeted after the match: “‏+3 points and 1goal🙌.  Thanks to God almighty and to the travelling fans💚💙#BLICKBOY.” 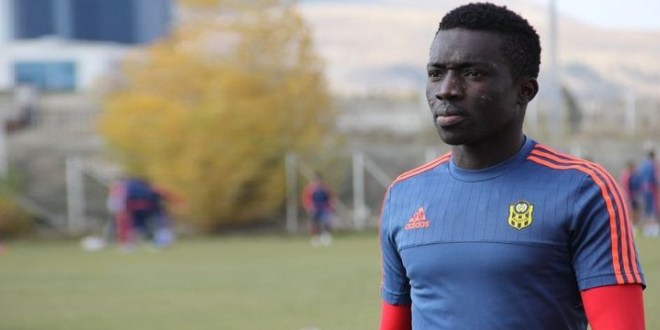 Azubuike’s teammate at Rizespor and Super Eagles defender Chidozie Awaziem picked up a yellow card but lasted 90minutes while former Flying Eagles forward Aminu Umar was substituted after 50minutes. Abdullahi Shehu came on for Bursaspor when he replaced injured Ramazan Keskin after 30minutes but ended up on the losing side.

The victory makes it seven games unbeaten for Rizespor, with six wins and a draw as they moved to 10th on the log with 25points while Bursaspor sit 14th with 24points.

+3 points and 1goal🙌. Thanks to God almighty and to the traveling fans💚💙#BLICKBOY pic.twitter.com/CFt7fSuRKA