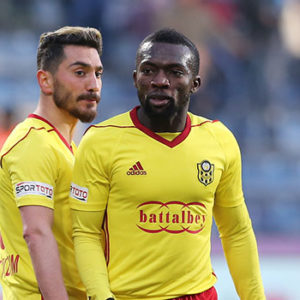 Nigerian midfielder, Azubuike Okechukwu is set to make his debut for Rizespor on Sunday following his loan move from Egyptian side Pyramids this January, SportingLife.ng can report.
In a surprise move, the former U-23 Captain returned to Turkey less than six months after leaving Yeni Malatyaspor. He was plagued by injuries during his brief stint in North Africa, making just six appearances.
Azubuike is excited for the new challenge in Turkey with an eye on a possible Super Eagles call-up and his journey begins on Sunday when Rizespor travels away to play fellow relegation strugglers BB Erzurumspor.
Rizespor are currently placed 16th on the log with 18points while BB Erzurumspor sit second from bottom with 17points.