Rizespor’s midfield star Azubuike Okechukwu was visibly the best player from his team as Rizespor bowed 2-3 to the home team and Victor Moses’ Fenerbahce in Saturday’s Turkish Super Lig. 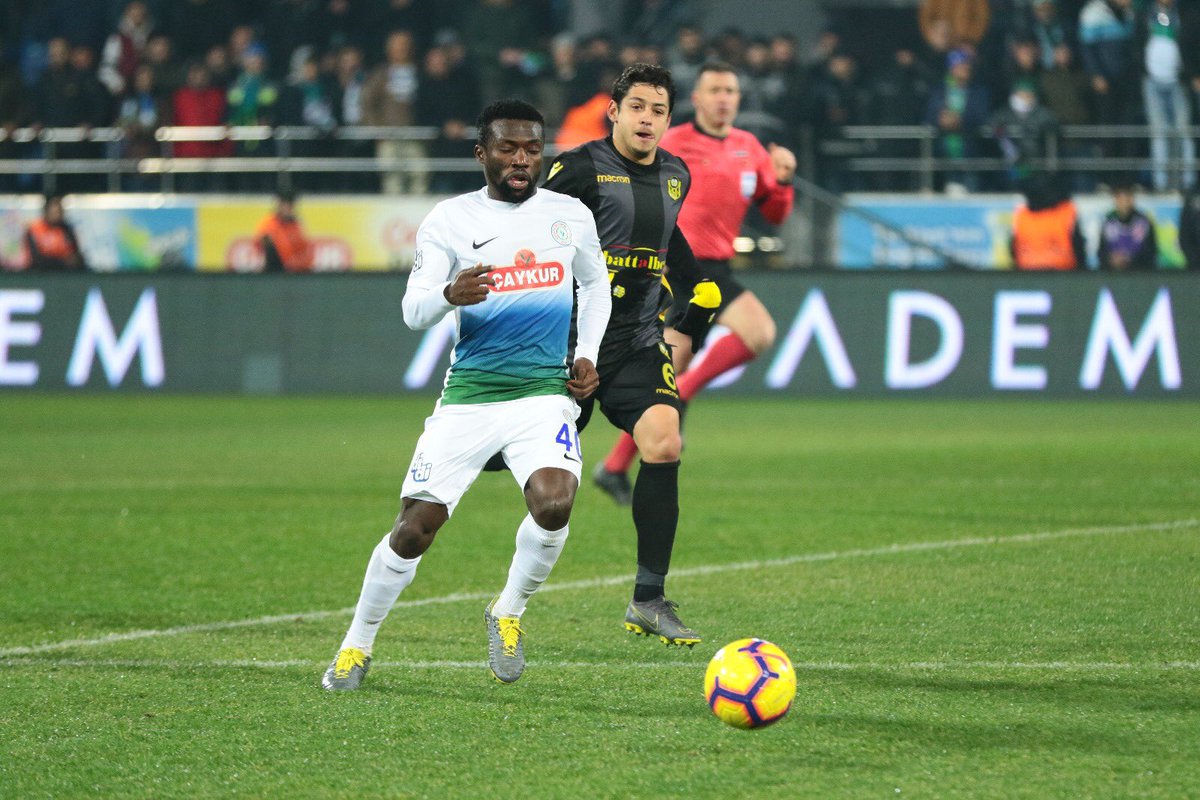 According to SportingLife.ng sources the former Nigeria’s U23 national team Captain was all over the pitch dictating the tune of the match for his side but was not lucky enough to win the match.

Former Super Eagles star wing striker Victor Moses converted a spot kick for his side to increase his goals haul so far for his new team Fenerbahce to two.

Rizespor took the lead with an own goal in the 7th minutes through Hassan Ali Kaldrim before Sedar Aziz leveled the game in the 20th minutes.

Dario Melnjak restored parity in the 55th minutes before former Chelsea winger netted the winning goal from the spot.

Moses was substituted in the 90th minutes for Eljif Elmas, Nigeria conterpart Umar was replaced by Samu in the 73rd minutes while Musa Cagiran was introduced in place of Azubuike in the 85th minutes.

Awaziem was in action from the start to the end of the game.

Azubuike told SportingLife.ng after the match, “Our ambition today (Saturday) is to beat Fenerbahce here on their home ground which we almost did. We will go back home and work hard to get the three points we lost here back when we play at home this coming weekend”, Azubuike disclosed.