Former South Africa defender Jethro Mohlala revealed Sunday that Super Eagles’ players won’t be able to match the pace of Bafana Bafana players on Wednesday when both countries meet in one of the quarter-finals fixtures at the 2019 Africa Cup of Nations holding in Egypt. 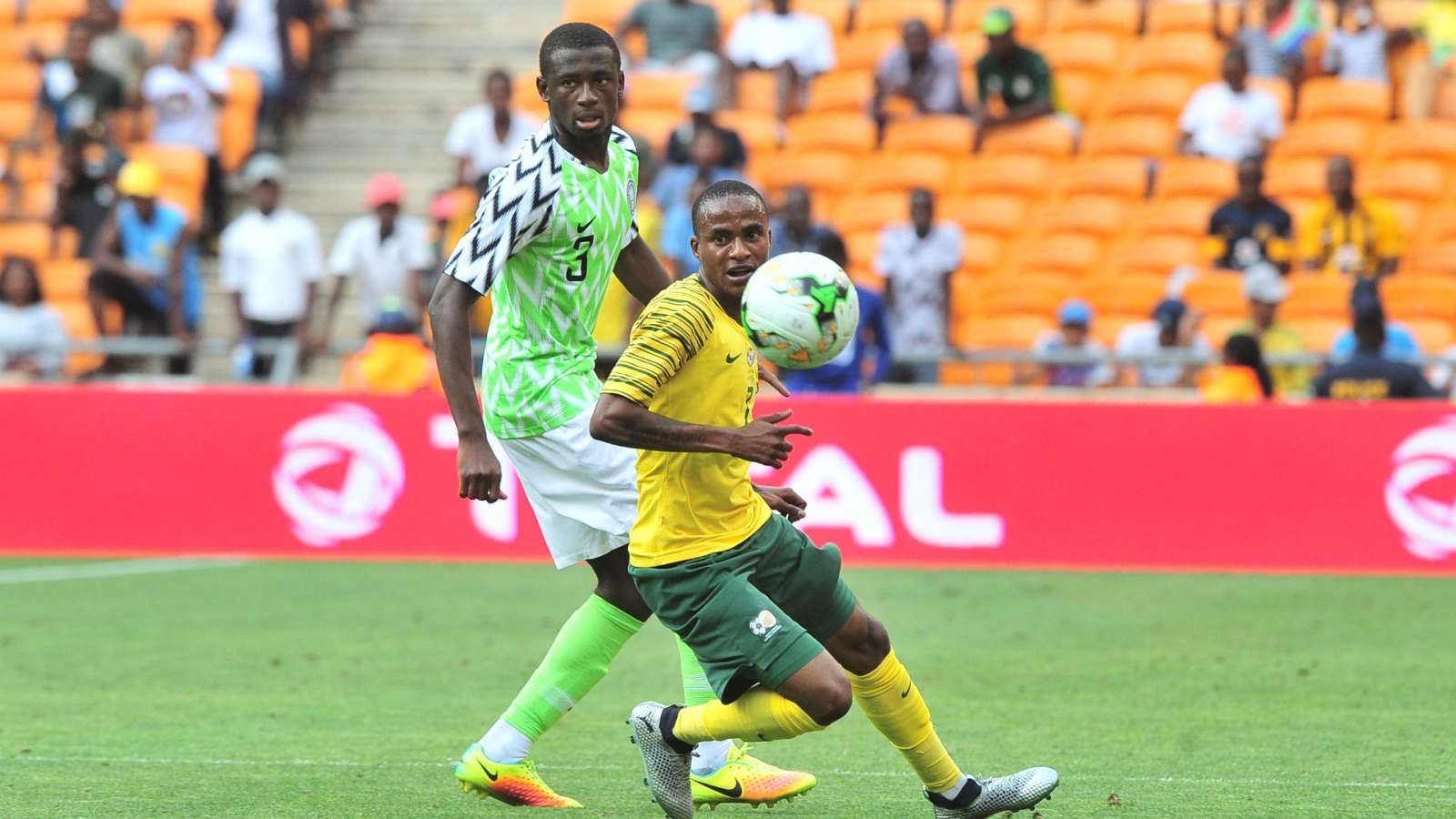 Mohlala disclosed further to Goal that: ”They cannot match our pace and skill. I would like to see a continuity from the boys and ensure we upset Nigeria. I think that’s going to be a good game against Nigeria and the boys will need to focus. It is better we are not facing another Southern African side. I think the North and West Africans are struggling to play against us.
“I think we also need to credit the coach for analysing the game (against Egypt) very well. I believe that it’s not about playing badly in the group stages, but we failed to clear the lines at the back and lapses of concentration let us down – our mistakes killed us,” he reflected.
“Other than that, we still have a good team and we can go all the way to challenge for the trophy. It’s a knockout stage and we can beat any team now but let’s not put the boys under pressure. I am proud of the team and players such as Dean Furman, Kamohelo Mokotjo showed us that they want to die for the national team,” concluded the legend.
Coach Stuart Baxter’s men are through to the quarter-finals of the continental tournament and many have backed the team to go all the way and become champions for the second time.
“Look, I think many South Africans never gave the boys a chance based on how the results in the group stages came out. I believe that also helped the players to relax because they were underdogs going into that clash,” Mohlala told Goal.
“Having said that, they knew their qualities and they just had to play their normal game and show their quality and they did everything well,” he added.

Read Also:Rohr vows to ring changes in defence against South Africa
“They are aware that the fans back home were not happy and they had to step up. They silenced everyone and that will restore their confidence. That is a massive victory for the team without a doubt. I never gave them a chance they proved us wrong, that was pure class and I just think they can beat whoever they face going forward.

THEMBINKSOI LORCH: Nigerians will be TOUGH