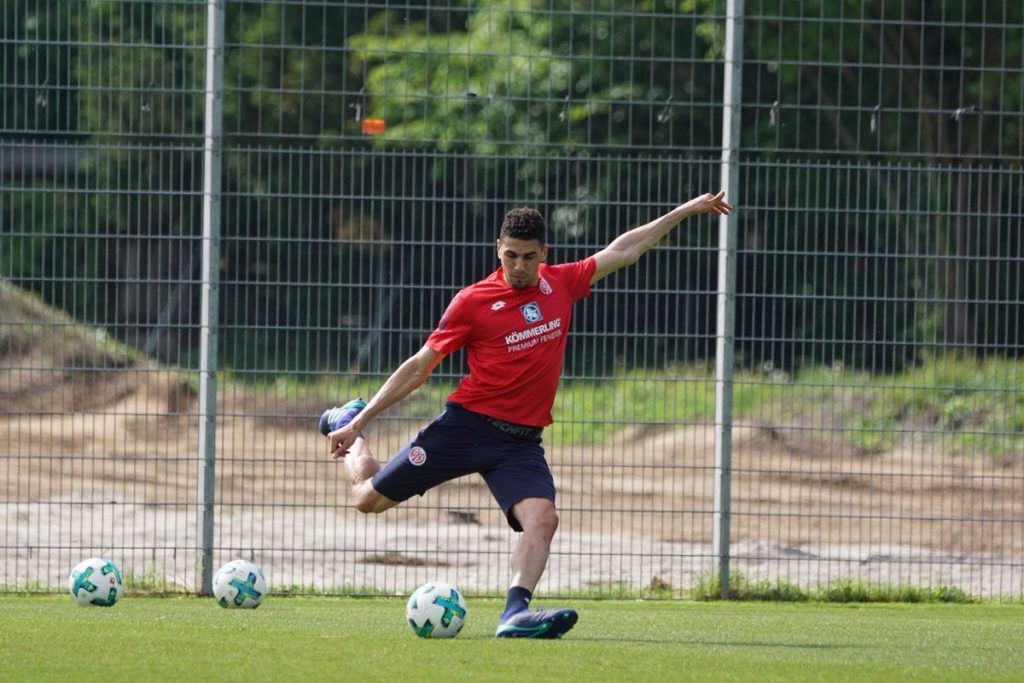 Super Eagles defender, Leon Balogun is working his way to full fitness ahead of Mainz’s last league game against Werder Bremen next weekend since he has been ruled out of the Borussia Dortmund game this weekend.

The central defender who suffered a rib injury has not featured for Mainz since his last game against Freiburg on April 16 2018.

On Thursday night the 29-year old posted a picture of himself  on Twitter preparing to kick a ball to announce his return.

Back on track 👟⚽💥,” captioned the message on his Twitter account which would be good news to Super Eagles head coach, Gernot Rohr.

Balogun had already been ruled out of the Dortmund game by team manager, Sandro Shwarz who told the media that the player has not been training.

“@LeonBalogun, has not been able to fully train,” read a tweet on the club’s handle.
“Leon Balogun can only do part of the team training. Danny Latza (not yet), Suat Serdar is supposed to get in today, Emil Berggreeen is not yet ready,” team manager Sandro Shwarz stated at the pre-match conference on Thursday.

The news will come as a relief to Rohr, who is expected to announce his 35- man provisional list for the FIFA World Cup on May 14.