Bamford gets first England call-up but Greenwood misses out

England called up Leeds United striker Patrick Bamford for the first time on Thursday but left out Manchester United forward Mason Greenwood from a 25-man squad for next month’s World Cup qualifiers.

Gareth Southgate’s side are leading Group I with nine points from three games and play Hungary, Andorra and Poland between 2-8 September.

Liverpool full back Trent Alexander-Arnold, Manchester United midfielder Jesse Lingard and Burnley goalkeeper Nick Pope were included with the manager retaining most of those from the Euro 2020 finals.

Left back Ben Chilwell, who was in the Euro squad but did not feature in the run to the final against winners Italy at Wembley and has not played since Chelsea won the Champions League final in May, has been dropped.

Southgate said Bamford, 27 and the only uncapped player in the squad, had been close to making the Euros in March and this was now a fresh cycle.

“We were always going to pick the bulk of the squad from the summer, we’re only two games into a new season so we were never looking to make a lot of changes,” he told reporters.

“Ben White has had a situation with Covid, Ben Chilwell hasn’t played a game since the Champions League final through no fault of his own… those two in particular are kind of ruled out.”

Southgate said that with Manchester City midfielder Phil Foden and Manchester United forward Marcus Rashford both injured, opportunities had opened for others up front.

“We were very pleased with what Ollie Watkins did at the end of last season and now is an opportunity for Patrick as a No 9 as well,” he said.

“I think his progress with Leeds has been excellent… a very close thing at the end of last season with us and this is a good chance for him to come back in. We worked with him at under-21 level so we know him anyway.

“A fabulous moment for him and his family.”

The manager said 19-year-old Greenwood remained very much in his thoughts, and warranted inclusion on performance alone. He said he had spoken with player and club about what was best at this point in his career.

“He’s a player we really like and we think he’s got every possibility to be a top England player,” said Southgate.

“We are all very conscious that we make that progression at the right time.”

Southgate said it was good for England that captain Harry Kane’s future now looked settled, with the talismanic striker staying at Tottenham Hotspur after being linked to Premier League champions Manchester City.

“He’s got a clear focus now and I’m sure he is looking forward to getting out on the pitch,” he said. 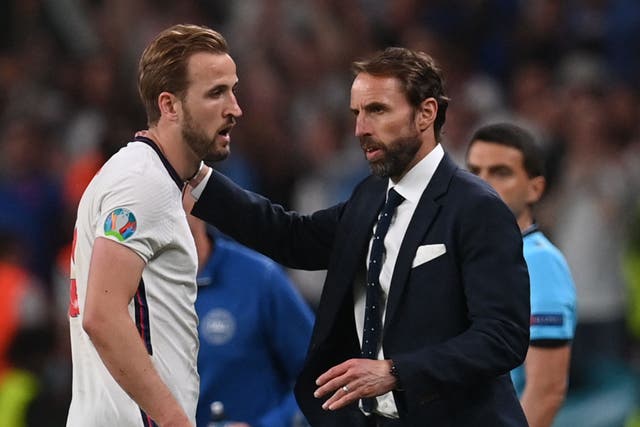 Read Also: Chelsea in talks to sign Kounde and Saul from Sevilla and Atletico

Arsenal’s Bukayo Saka and Jadon Sancho, who experienced racist abuse online after missing penalties in the Euro final shootout along with Rashford, return and Southgate said they had been supported and were keen to move on.

The enlarged squad provides extra cover for any injuries over the weekend or further Covid-19 cases.