ARSENAL are keen on landing Sevilla star Ever Banega in January – but they couldfind it tricky persuading him into a move. 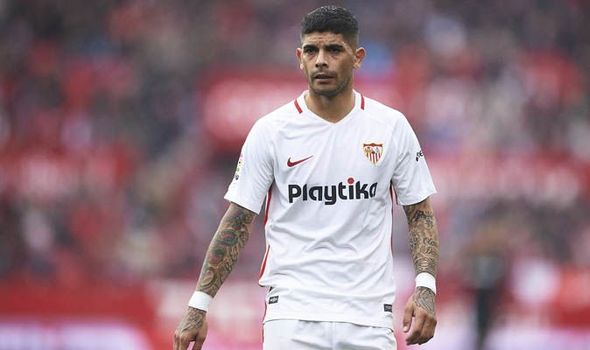 Gunners boss Unai Emery has worked with the skillful midfielder at Valencia and Sevilla and now wants a reunion in north London.

The player’s agent has jetted to London this week but a switch to the Emirates doesn’t appear to be close.

Banega has been earmarked as a potential replacement for Aaron Ramsey in Emery’s squad, with the Welshman leaving on a free transfer after a new contract couldn’t be agreed.

However getting the Argentine on board will be far from straightforward for Arsenal, with the midfielder happy at his current club and not pushing for a move.

Mundo Deportivo report Banega is waiting for a new contract offer from Sevilla, but add his family are settled in the south of Spain and he’s not looking to move if the fresh terms reward him with a rise in salary.

Arsenal are unlikely to be able to welcome back any of their injured players when they travel to Anfield.