Barcelona boss Quique Setien is set to be sent packing after Barcelona were humiliated by Bayern Munich on Friday night.

The Spanish veteran, 61, only landed the job in January but saw bitter rivals Real Madrid win LaLiga after football returned.

And a dismal display in an 8-2 hammering in the Champions League quarter-finals has all-but ended his hopes of being at the Camp Nou next season.

Fabrizio Romano claims club chiefs have already made the decision to axe their faltering boss in a turbulent period on and off the field for the club.

Barcelona have already decided to sack Quique Setién after the terrible defeat against Bayern Münich. He’ll not be the manager on next season. 🔴🔵 @SkySport #Barcelona #FCB

And team-mate Gerard Pique, also 33, opened the door to moving aside to letting fresh legs take over the reins at one of world football’s dominant sides. 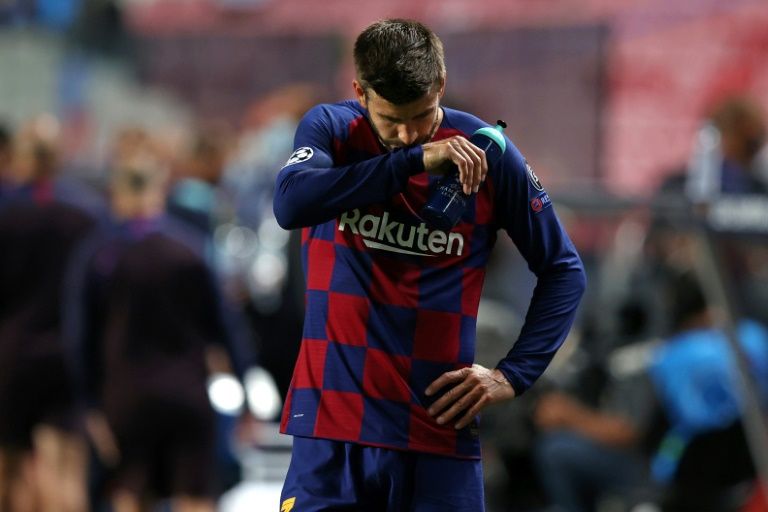 He said: “If I have to go for us to bring in new blood, I’ll go. It’s an embarrassment.

“If this is the end of our run? Yes, we need to structurally change. We are not able to compete in Europe, and it’s not working in La Liga. We can’t mask this any longer.”

Barca president hardly gave the manager a ringing endorsement when he spoke after the game.

“I want to congratulate Bayern, who played a great game. They deserve to go through to the semi finals.

“We weren’t at our best, nor near it.

“Today was a disaster and now we have to make decisions.

“We’ve already thought about some of them.

“Today isn’t a day for decisions.

“We want to apologise to the fans, members and Barcelonistas.”

When pressed on who may be involved in those decisions, he refused to give a clearer answer.

📰 — The changes that Lionel Messi wants:

• The dismissal of Quique Setién.
• Bartomeu's resignation.
• Cleaning in the locker room.

“I’m not going to say what [decisions] they are because some of them have already been made and others will be made,” he added.

“Today is a day to reflect. From tomorrow, we’ll try to lift the spirits of all the Barcelona fans and we’ll make decisions from next week.”

Messi ‘isolates’ himself from teammates after Barca defeat (Photo)