Torres, 21, has joined the Catalans from Manchester City this month in a mega-money move, with new boss Xavi desperate for re-enforcements up front following Sergio Aguero’s retirement. 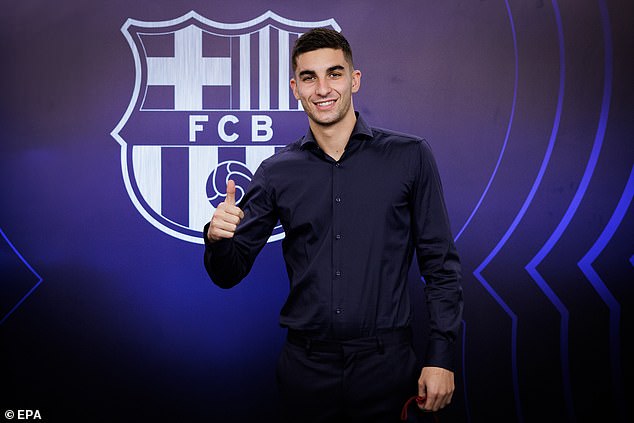 Torres, 21, joined the Nou Camp club at the start of the window from Manchester City

However, the Spaniard is unable to feature for the club as he is not yet registered, with the club encountering issues with LaLiga’s salary cap rules.

Xavi has reflected on the issue, hoping that his ‘spectacular’ new signing will play for his side soon enough.

‘Ferran Torres is a spectacular signing, both as a player and a person,’ he said via Goal. 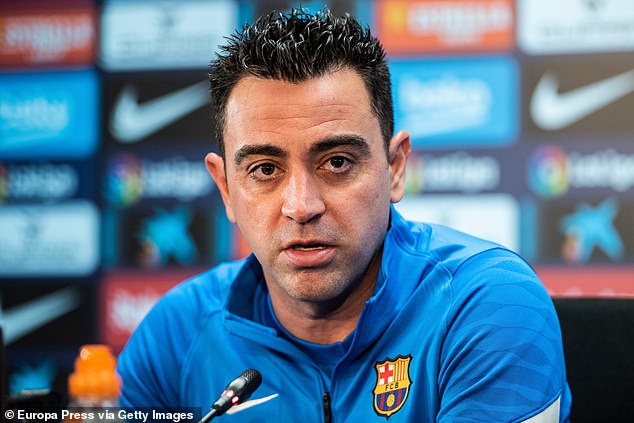 However, LaLiga’s salary cap rules means that he is not registered for new manager Xavi

‘He’s coming off an important injury, he has fantastic commitment, he’s going to give us a lot, I’ve no doubt about it. He can play in different positions, I’m very happy with the effort made by the club to get him.’

Xavi said that the club will need to offload players in order to free up the wage bill. Philippe Coutinho and Samuel Umtiti have been linked with moves to the Premier League this month. 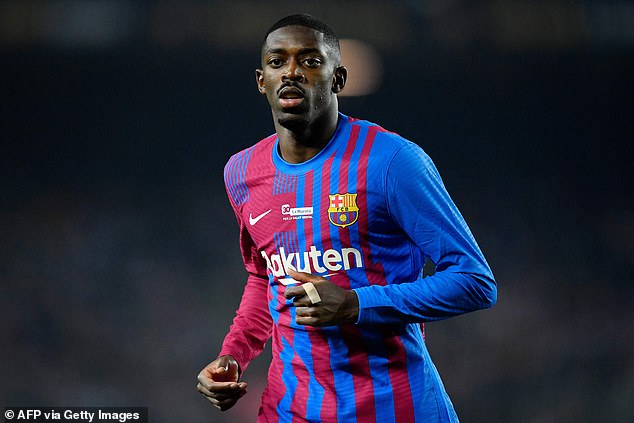 The Frenchman is locked in negotiations over a new deal, with his current contract expiring this summer, and Xavi has called on the winger to accept a pay cut.

‘We’ll see how the salary cap situation is, if it’s possible right away. There has to be players leaving. If we get Dembele to re-sign his contract and lower his pay it will allow us to sign Torres and we hope that it can happen,’ he added.