Barcelona may have to start working on deals to sell key players this summer, as the club reportedly has to meet a €70million shortfall before June 30.

And only Lionel Messi, Frenkie de Jong and Marc-Andre ter Stegen are safe from the chop, according to one report. 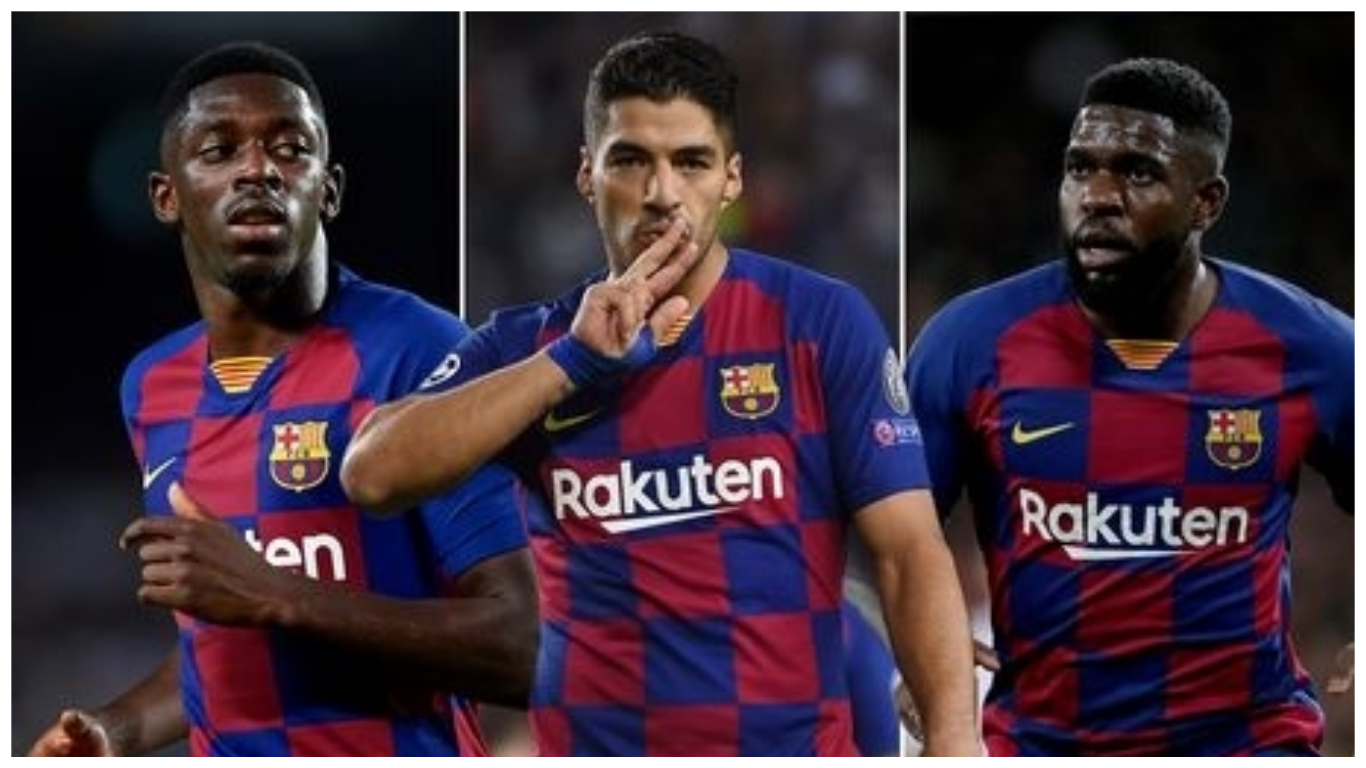 It is not yet known when the summer transfer window will open, with domestic leagues across Europe still to resume after the disruption caused by the coronavirus pandemic.

Manchester United and Arsenal have been credited with interest in Barcelona defender Samuel Umtiti – one of several players who could be sold in order to plug the shortfall.

Spanish publication Marca has reported that at the beginning of this season, Barca had set a budget meaning they would have to sell players for a total of €120m by the end of June.

Spain’s La Liga is not expected to restart before the middle of June, so the Catalan club may have to be busy behind the scenes trying to organise summer sales of their players if they’re to meet the deadline.

Marca reports that they are currently €70m short of that target, and they are believed to be ready to listen to offers for midfielders Ivan Rakitic and Arturo Vidal.

Both players are about to enter the final year of their Camp Nou contracts – as is former Liverpool striker Luis Suarez and midfielder Riqui Puig, who could also be set for the exit.

But ESPN have reported that any players could be up for grabs – with the exception of star forward Messi, midfielder De Jong and goalkeeper Ter Stegen.

Defender Umtiti and midfielder Arthur Melo could be sold, while Ansu Fati has been linked with Borussia Dortmund.

Barca had hoped to sell misfit Philippe Coutinho, but do not expect to fetch more than €80m for the Brazilian midfielder so have decided to keep him on for another season.

Another problem Barca face is the challenge of persuading well-paid players to leave during a transfer window when salaries are likely to be falling across the game.

The club are unlikely to try and sell Ousmane Dembele, knowing they could not recoup the €105m they paid to sign him from Dortmund in 2017.

England star charged by the FA for breaching betting rules