Ronald Koeman has admitted he has no idea if Lionel Messi will leave Barcelona next summer and said it is not his job to persuade the Argentinian to stay.

Messi made an attempt to leave Barcelona this summer before backing down. He can talk to other clubs in January and leave for free when his contract expires in June, with Manchester City expected to make a renewed attempt to lure the 33-year-old away from Camp Nou.

“Messi still has a contract and in my opinion he has to stay here,” Koeman said in a press conference on Friday, ahead of Saturday’s crunch La Liga game away at Atletico Madrid.

“But I am not the person that has to try to make him stay here. We will see about his future, still he is a Barcelona player. Nobody knows what will happen with the future of Messi.”

After returning from a 15-hour trip back to Barcelona on Wednesday morning following international duty, a frustrated Messi faced questions about his relationship with French forward Antoine Griezmann.

A former agent of Griezmann’s had claimed Messi was difficult to play with at Barca, to which Messi said: “I’m tired of always being the problem with everything at the club.”

When the comments were put to Koeman, he said: “I can understand why Leo was fuming. People should show a lot more respect to people like Lionel Messi.

“After such a long trip, to ask Messi about Antoine is a lack of respect, once again to create controversy.

“I have not seen any problem between the two of them, not in the changing room on the training pitch. There are enough pictures who showing them working well together. 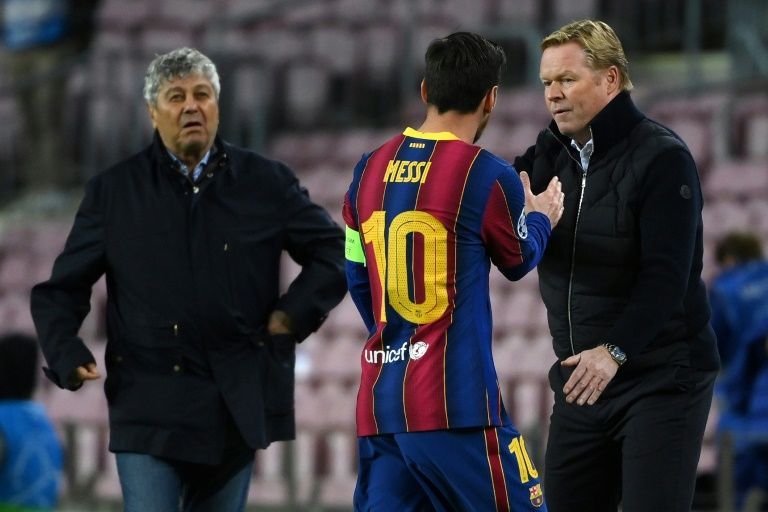 “Someone has said something and that someone has not been a client of Griezmann for three years. It’s bullshit.”

Atletico will go nine points clear of Barca if they win but Diego Simeone’s side have not beaten the Catalans in La Liga since 2010.