Barcelona confirm Spanish star will be out for four months

Barcelona have confirmed Ansu Fati will be out for approximately four months after surgery on a tear to the internal meniscus of his left knee.

The 18-year-old was forced off at the halfway point of Barca’s 5-2 win over Real Betis on Saturday, with the club later revealing the extent of the damage he suffered.

A Barca statement confirmed Fati was to be operated on by knee specialist Dr. Ramon Cugat, and the surgery was completed on Monday.

Following the completion of the procedure, the Catalans communicated that they expect the youngster to be out until March.

Keep your head up, @ANSUFATI!https://t.co/cMZs4p3wRN

“The first-team player Ansu Fati has been operated on successfully by Dr. Ramon Cugat for the injury to the internal meniscus of his left knee under the supervision of the club’s medical staff. The player will be out for approximately four months,” a statement read.

At the time of the injury, Fati was joint-second top-scorer in LaLiga with four goals, while none of his Barca team-mates had netted more.

A regular squad member last season following an explosive introduction to top-flight football as a 16-year-old under Ernesto Valverde, Fati had seemingly taken on a role of greater prominence and importance in 2020-21.

New coach Ronald Koeman had essentially made Fati an automatic pick for his starting XI, the player beginning all seven of their LaLiga games this term. 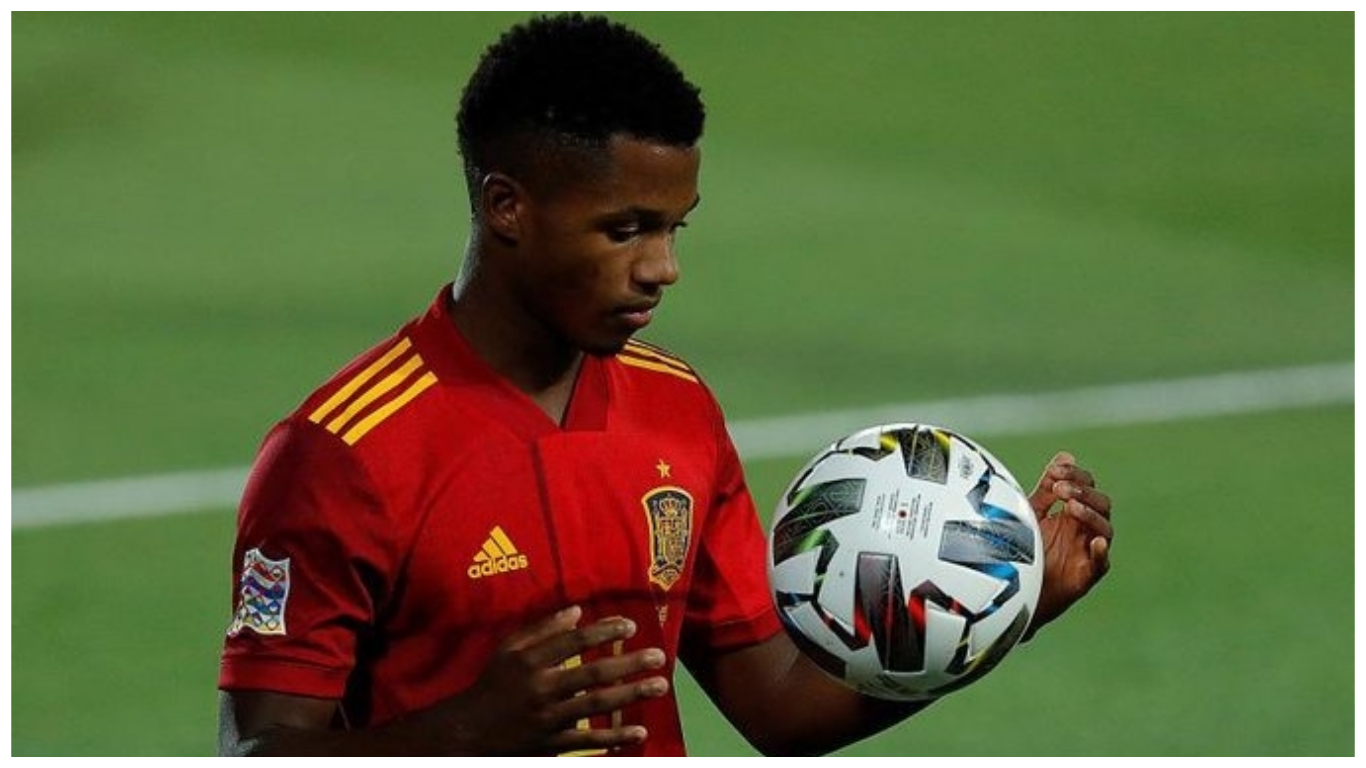 Only Lionel Messi (48) has attempted more dribbles in LaLiga for Barca in 2020-21 than Fati (28), while the club captain is the solitary Blaugrana player to create more chances (13) than his team-mate’s return of nine.

Fati had been called up to the Spain squad for this month’s international matches against the Netherlands, Switzerland and Germany.