Barcelona received a significant offer from a Premier League club for midfielder Carles Alena but the player had no desire for a move. 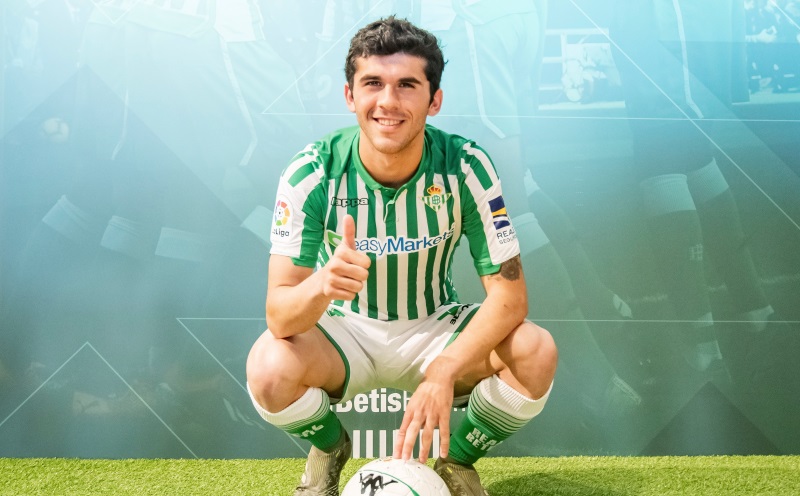 The details are outlined by Diario Sport, which claims the agent Jorge Mendes – who does not represent the player – informed the Catalan club of significant interest from an English side who were willing to pay €25m for the player.

However, it is said that Alena – who is currently on loan at Real Betis for the remainder of the campaign – had no interest whatsoever in the move and remains intent on becoming a regular starter at the Camp Nou.

Alena is reportedly intent on impressing Quique Setien in pre-season for the Blaugrana and that has been underlined by this signal – a rejection of a deal which also would have significantly increased his wage packet.

The 22-year-old – whose deal expires at Barcelona expires in 2022 – joined the Seville-based club in January due to a lack of first-team minutes at the Camp Nou, where he found himself behind Frenkie de Jong, Sergio Busquets, Arturo Vidal, Ivan Rakitic and Artur Melo in the pecking order.

La Masia youth graduate Alena made 27 first-team appearances for the Catalan giants last season after being promoted from their B team but started just two games this season after the opening day of the campaign.

Alena has made 11 appearances for Betis to date since his loan move two months ago and has generally impressed in his outings for Los Verdiblancos, who languish in the lower half of mid-table in La Liga.