Barcelona set to free Messi, others after latest pay-cuts

Barcelona are reportedly planning another round of pay-cuts for senior players including Lionel Messi which could open the possibility of them rescinding their contracts and leaving on free transfers.

The Catalan outfit have been hit hard by the financial impact of the coronavirus pandemic and have already agreed one pay-cut with their players which saw them slash their wages by 70% in March.

However, the club this week announced losses of £88m, and Marca reports that they could subsequently be forced into another round of cost-cutting measures. 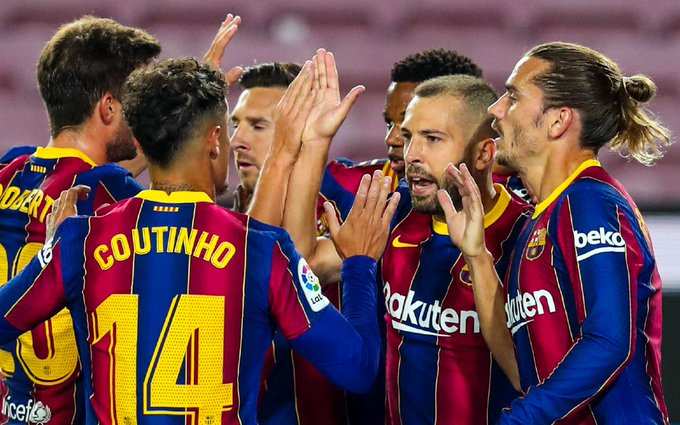 Part of March’s agreement saw the players accept a decrease in order for the non-playing staff at the club to remain on their usual wages while sport shut down.

The report claims that both playing and non-playing staff will be asked to take a pay-cut this time around.

However, doing so could affect the Spanish Workers’ Statute, which would enable employees – including players – to legally rescind their contracts and leave on a free transfer.

Talismanic captain Lionel Messi attempted to leave the club for free during the summer, only to reluctantly agree to stay for at least another season following a bitter contractual dispute.

Barcelona did work hard to trim their wage bill during the window, though, with Luis Suarez, Ivan Rakitic and Arturo Vidal among the players to depart.