Barcelona have made contact with Bayern Munich midfielder Thiago Alcantara over a possible shock return to the club this summer.

Liverpool have been heavily linked with a move for the Spain international this summer and appear to remain in pole position, but a surprise return to the Camp Nou has now been reported.

German media outlet Bild report that the Catalan giants have already made contact with the central midfielder over his future and the player has already reportedly said his goodbyes to his teammates. 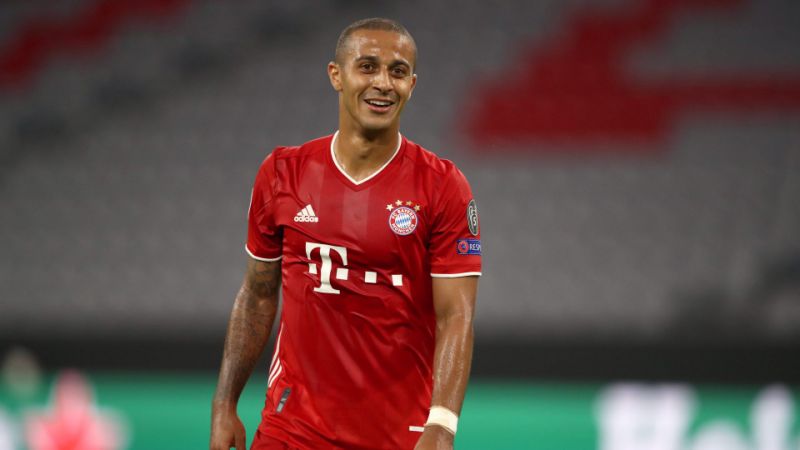 Read Also: Messi returns to training for the first time
Thiago joined Bayern in 2013 after they activated his €25m release clause at Barcelona and whilst he has been linked with a return to the Camp Nou at several points in his career since, no move has ever come to fruition and now appears unlikely due to the Blaugrana’s options in the position, along with their lack of financial options this summer.

The 29-year-old’s deal in Bavaria is set to expire in the summer of 2021 and despite the club keen to renew his deal, the player has backed off and looks set to end his seven-year stay at Munich.

Sevilla get 3,000 tickets for Super Cup tie against Bayern

La Liga: Real Madrid get injury boost ahead of Valladolid…