Action will commence on Wednesday in the National Final 8 of the Nigeria Basketball Federation organised President Cup as teams battle for one continental slot. 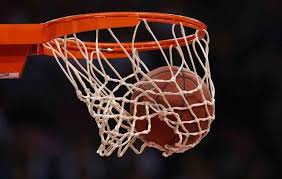 According to the fixtures released, Nigerian Army Rockets will battle Raptors in what will be the competition’s curtain raiser at 12pm at the Indoors Sports Hall of the National Stadium, Lagos.

Second match of the day will be between Defenders and Benue Braves who got promoted to the elite division last season while Rivers Hoopers will face Potters at 4pm.

The last game of the day will be between Kwara Falcons and Islanders.

The competition will end on Monday, 18th of November with the winner qualifying automatically for the group stage of the newly introduced FIBA-NBA organised Basketball League starting in 2020.

It would be recalled that Defenders of Abuja and Port Harcourt based Rivers Hoopers represented Nigeria on the continent last season.

Ahmed Musa not sure of starting shirt against Benin