Bayern Munich current squad boost of more talent at their disposal compared to when they last ruled Europe in 2013, according to captain Manuel Neuer.

Neuer, along with David Alaba, Jerome Boateng and Thomas Muller, was one of four players remaining from their Wembley triumph over Borussia Dortmund who started Thursday’s 3-0 semi-final triumph against Lyon.

Despite coughing up early chances to their Ligue 1 opponents, there was little doubt over the outcome after Serge Gnabry’s fabulous opener – the initial part of a first-half brace from the Germany winger.

Robert Lewandowski, who played for Dortmund in the showpiece seven years ago, typically got in on the act with his 55th goal of the season, meaning only Paris Saint-Germain lie between Bayern and a sixth European title.

Hansi Flick’s men collected the Bundesliga and DFB-Pokal domestically and Neuer told reporters afterwards that this Bayern squad has greater depth than the group Jupp Heynckes led to a famous treble. 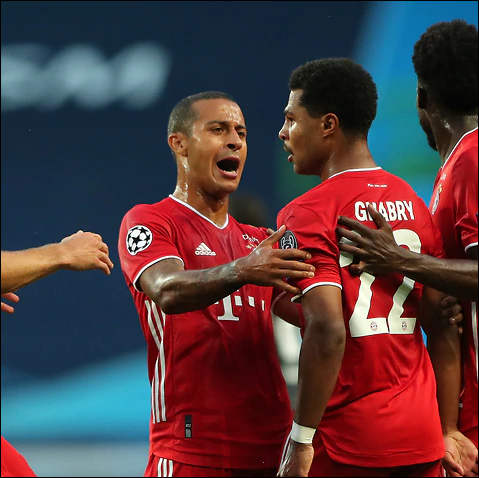 “We are better positioned across the board,” he said.

“Now we have a class that not only includes the 18-man squad, it is fantastic what a great team we have.”

Such feats were impossible to envisage as Bayern struggled under Niko Kovac earlier this season.

Since the appointment of former Germany assistant Flick, they have been a team revitalised.

Read Also: Bayern star Davis: I wanted Messi’s shirt but he was a little upset

“Calm characterises him, especially before games like this,” Neuer said.

“He prepared us very well for the games, no matter which opponent we played against.

“We always have a plan. You can see the result on the pitch.”

Knicks Go is the superstar racehorse loved by models

Knicks Go is the superstar racehorse loved by models