Bayern Munich are ready to make a new £40m bid for Callum Hudson-Odoi with the Chelsea teenager set on a move to the Bundesliga champions either this week or in the summer.

With RB Leipzig now also in the running, offering Chelsea £20m but crucially the opportunity of a buy-back clause, the next few days will determine the immediate future of the England Under-17 World Cup winner.

Chelsea do not want to lose Hudson-Odoi and have offered him a new deal, worth around £80,000 a week.

They feel that the 18-year-old, who has 61 minutes in the Premier League so far this season but started four games in the Europa League, FA Cup and in the Carabao Cup, a semi-final against Spurs, is receiving the right amount of opportunities for his age and want his development to continue.

They expect him to be a first-team regular soon and impressing on him that competition will be as tough at Bayern. Maurizio Sarri has also said that he wants him to stay. 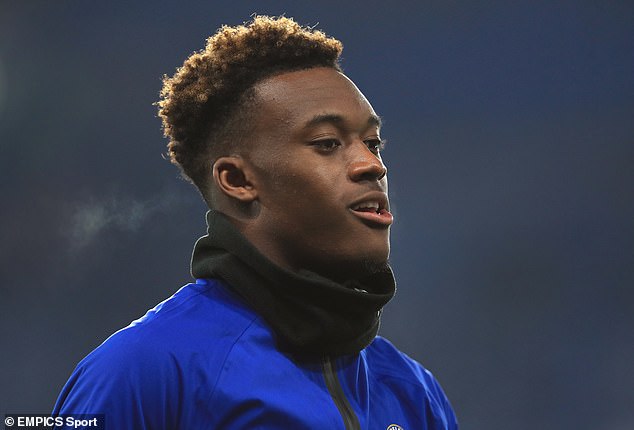 But Bayern expect him to take over Arjen Robben’s No 10 shirt and are unlikely to commit so much money to a teenager without expecting him to go straight into their first team, with Robben and Franck Ribery leaving in the summer.

The player and his advisors have told Chelsea that the money on offer isn’t the issue but the fact that they feel he needs regular first-team football at the age of 18 and 19 to develop, especially as Jadon Sancho, who was a peer and friend with England Under-17s, is now a first team regular at Borussia Dortmund, who are top of the Bundesliga and in the Champions League.

Hudson-Odoi’s contract runs out in June 2020, meaning his value will drop dramatically on Thursday when the transfer window closes.

Hudson-Odoi is not expected to be swayed by further contract offers by Chelsea as he wants to test himself in the Bundesliga.