Be creative, Mata tells Ighalo, others

Manchester United veteran, Juan Mata has called on his teammates to be creative as he praised  Anthony Martial after his goal in the 1-1 draw with Club Brugge on Thursday. 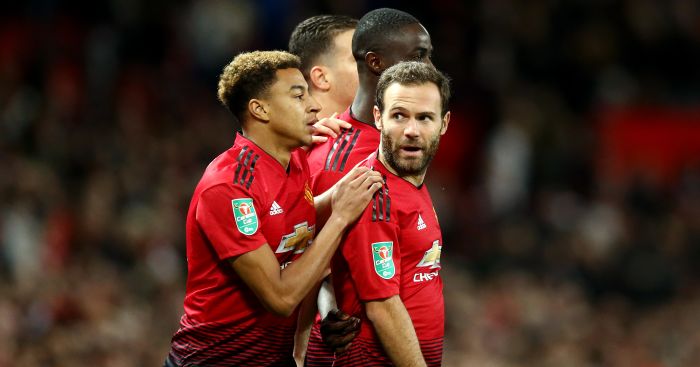 It was the Frenchman’s second in as many games and helps give United a valuable away goal heading back to Old Trafford for the second leg of the last-32 tie.

“If you want one player to go against the goalkeeper, he’s one of the best in our team for sure,” Mata told MUTV.

“He was very calm, very composed, great finish and a very important away goal.”

The Spaniard added that his team needed to be more creative in the second leg.

“Obviously we wanted to win and I think in the second half we pressed better and played more time in their half.

“We had chances to maybe score the second. But they started well, they’re a team that play good with the ball and defend very compact without the ball, they put a lot of bodies in the back. And we couldn’t find the spaces in the first half. They scored a goal we shouldn’t concede. We scored a goal from their mistake. So we wanted to win, obviously 1-1 is not a very bad result, but we always want to win.

Read Also:UEL: Respect your opponent and be focused, Mata tells Ighalo, others

“We just couldn’t find spaces, they defended very well with five plus four. We tried to play a few times through the middle, which we didn’t succeed to do that. Then we scored that goal and from then we played a bit better. We had a chance with Brandon, we had a post with Anthony. In the second half we played much better than the first, controlled more of the game. We had some chances or half chances to score the second goal.”

Saka compared to Giggs, Bergkamp and Scholes after Arsenal display