Next month’s German Cup final will be played behind closed doors after the country’s football association’s application for fans to be present was turned down by the local Berlin government on Wednesday.

Earlier in the day the German football associaton (DFB) said they hoped up to 1,000 fans could be allowed into the capital city’s Olympic Stadium when holders Bayern Munich host Bayer Leverkusen on July 4.

The ground has a capacity of 75,000 but all football matches have been played behind closed doors since the Bundesliga resumed in mid-May.

“The response to our request was negative,” the DFB said.

“The rules currently in place in Berlin mean that any gathering of more than 1,000 in the capital is forbidden until August 31,” it added. 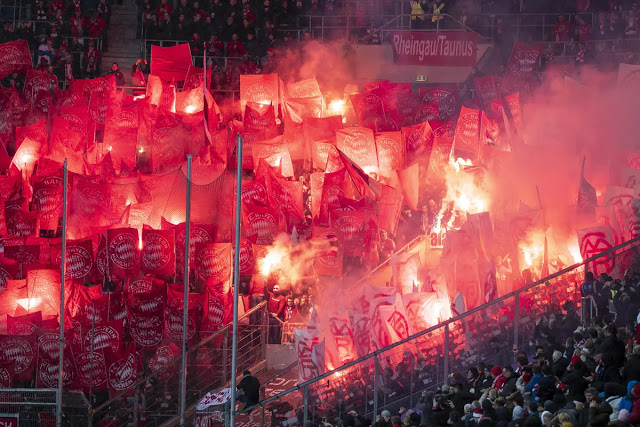 The numbers are limited to playing staff, coaches, club officials, media and match officials with fans locked out.

Chancellor Angela Merkel’s government wants to ban events with large crowds until at least the end of October over fears of renewed transmission of the coronavirus, according to an official draft seen by AFP.

However, football stadiums and other sports events could be subject to an exception and allowed to admit limited number of fans, but the subject is under discussion.

A Hamburg-based virologist said even a tiny crowd of 1,000 fans in the cavernous Olympic Stadium would be too many.

“You have to limit the number of spectators,” said scientist Jonas Schmidt-Chanasit.

“I think a figure in the low three-digit range could definitely be implemented.

“The danger is that there will be ‘a superspreading’ at an event, where an unidentified infected person in the stadium can infect hundreds of people in those two hours.”