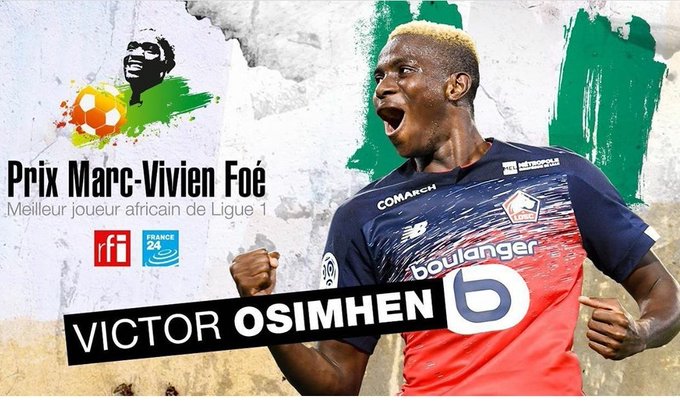 He was among the 11 players that were nominated for the award which recognises the best African player in the French Ligue 1 for every season. The award was conceived in 2011 to honour late Cameroonian international, Marc Vivien Foe who died while on international duty on June 26, 2003 during the FIFA Confederation Cup in France.

The Nigerian who is still in Nigeria after burying his father last week was chosen by a jury of sports journalists drafted by RFI and France 24’s sports services.

Osimhen had a good outing in his first campaign for Lille last season which saw him score 13 goals and 4 assists in 27 games.