Pep Guardiola has warned his Manchester City squad members they must be at their best as they prepare to tackle Real Madrid at the Etihad Stadium tonight.

Guardiola has claimed all domestic honours since joining City in 2016, with this season’s EFL Cup the sixth major silverware of his reign.

The Spaniard has been unable to end his club’s wait for a maiden Champions League title, however, with Tottenham and Liverpool ending their compatriots’ involvement at the quarter-final stage in the past two seasons.

Man City hold a 2-1 advantage over Madrid heading into the second leg of their last-16 tie today, with a place at the concluding mini-tournament in Lisbon up for grabs.

However, their 3-0 bashing at Anfield in 2018, with all of Liverpool’s goals coming within the space of 19 first-half minutes, serves as a cautionary tale, as well as conceding cheap against Monaco – in 2017 – and Tottenham when departing on away goals on those occasions.

“Yeah definitely,” Guardiola told a news conference when asked whether it was a concern. “More than conceding a goal is the way we concede a goal.

“When they are brilliant and make a good action, we have to accept it.

The lads are out training here at the CFA…Stay tuned for clips of their session! 🙌

“But most of them were goals we could have avoided. We have to avoid it. Making mistakes in this competition punishes you a lot.

“We know it. We spoke about it many times, not this week but the last years, many times. If we want to make a step forward as a team to be close to winning this competition, we have to be better in this area.”

Interestingly, if Man City progress, Guardiola will become the first manager to defeat Zinedine Zidane in a European knockout tie after the Los Blancos boss masterminded a run of three Champions League triumphs from 2015-16 to 2017-18.

“When you think that you’ve got one of his tactical plans covered, he’ll hit you with another tactical plan or revert to the original one that you thought he was going to start with,” Guardiola noted.

“We spoke about that game and since then we’ve watched all Madrid’s games since La Liga restarted.

“We’ve spoken about how we think Madrid might approach this game. But what we’ve done more in these past two weeks is talked about what we can do – how we can hurt Madrid and areas we can cause problems for them.”

Guardiola’s preparations for the game have been thrown partially into flux by the news that teenage centre-back Eric Garcia has declined a new contract at City.

Garcia established himself as the first-choice partner for Aymeric Laporte over recent weeks but has been heavily linked with a return to his boyhood club Barcelona.

At the other end of the field, Sergio Aguero remains sidelined having undergone meniscus surgery, but Guardiola is not ruling out having City’s all-time record scorer back for the final stages, should they survive Real Madrid test. 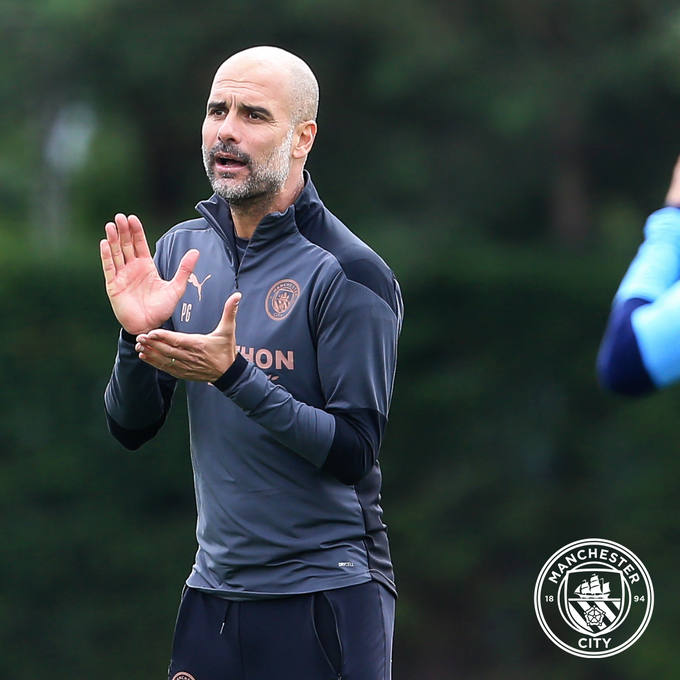 “Right now, I don’t know,” he added. “He is still in Barcelona [where Aguero had the operation]. He is getting better. I spoke with the doctors and everything is like we thought.

“Hopefully he can come back and start training with us, but I don’t know.”