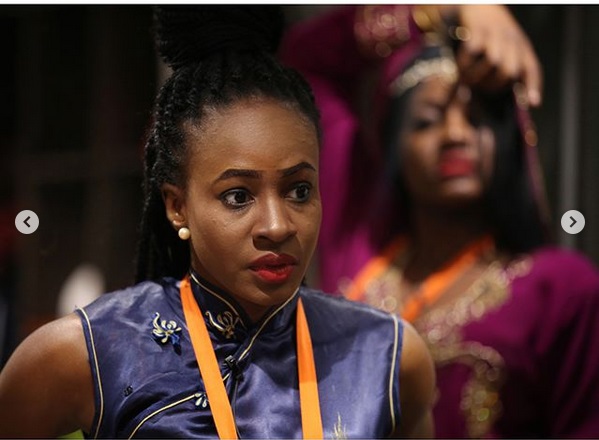 One of 2018 Big Brother Naija reality TV show participants Munirat Antoinette Lecky aka Anto has joined the cast of celebrity runners that will run at the historic IAAF silver label Okpekpe international 10km road race next weekend in Okpekpe near Auchi in Edo State of Nigeria.
Anto, 28, will be running for charity at the event and the Edo State indigene has opted to raise awareness about the plight of the girl child.
Currently the director of the basketball division of Africa’s leading sports and entertainment company CBL, Anto holds two Masters Degrees in Business Administration and Sports Business Management. She also has a bachelor’s degree in sports and sports science and administration.
“We are delighted to have Anto as one of our celebrity runners.
We are particularly delighted that she will be running to raise awareness about the plight of the Girl Child albeit the international Day of the Girl Child as declared by the United Nations is in October,” said race’s spokesman Dare Esan.
“Anto’s charity run will increase awareness of gender inequality faced by girls not only in Nigeria but worldwide based upon their gender especially in the areas such as access to education and protection from discrimination, violence against women and unfree child marriage among other things,” Esan added and revealed the race does not encourage such discrimination.
“At Okpekpe race we give equal opportunities to both men and women to compete and the prize money for both is equal. We are happy to provide the platform for celebrities to raise awareness about some societal ills and diseases,” he said.
“Two years ago we had charity runs to raise awareness about breast cancer anchored by 2015 Miss Nigeria Pamela Peter-Vigboro Leesi in conjunction with Sebeccly Cancer Care and the orphanage by the We Care Trust, a pet project of Mrs Lara Oshiomhole, wife of former Executive Governor of Edo State, Adams Oshiomhole.
“Last year we had 2016 Miss Nigeria Chioma Stephanie Obiadi race to raise awareness about the Green-Girl project aimed at empowering young women to become agents of sustainable environment in Nigeria as well as Mrs Betsy Obaseki, the first lady of Edo State who also raced to raise awareness about cancer,” explains Esan.
The Okpekpe international 10km road race powered by Pamodzi Sports Marketing is not all about running for the prize money.
All over the world people have seen the power of sport to raise funds and awareness about any project or cause and road running have been a very veritable vehicle for achieving this purpose.
Loading...
Anto. Okpekpe RaceBig Brother Naija 2018