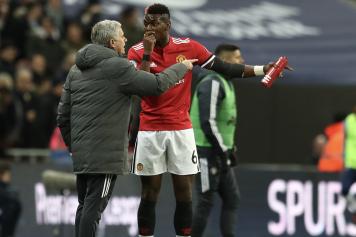 According to what has been reported by English newspaper The Sun, after Jose Mourinho’s reported verbal attack on Paul Pogba at the weekend, in which the Portuguese head coach supposedly called Paul Pogba a virus, Pogba has hit back.

The Sun report that Pogba has accused Mourinho as being responsible for the poor performances of the team and that he will no longer stand for being made a scapegoat of. This will put Juventus, Barcelona and PSG on red alert, as the three clubs are all interested in signing the Frenchman, who helped his national team lift the FIFA World Cup in Russia over the summer.

Murray to use protected ranking at Australian Open