Borussia Dortmund have told Chelsea that they have no intention of selling Erling Haaland this summer.

The Norway international has attracted interest from several clubs across Europe including Real Madrid, Manchester City and Manchester United.

But reports in recent weeks have claimed that Chelsea have stepped up their pursuit of Haaland as Thomas Tuchel is willing to allow both Tammy Abraham and Olivier Giroud to leave Stamford Bridge before the end of the window.

Chelsea owner Roman Abramovich is understood to be personally driving the club’s efforts to sign Haaland.

But last season’s Champions League winners face a mammoth task of reaching an agreement with Dortmund this summer, with the overall cost of the deal expected to be around £150 million.

And now Dortmund’s sporting director, Michael Zorc, has made it clear to Chelsea that Haaland is expected to stay for another year.

‘He will be back with us in Dortmund for training on Monday.’ 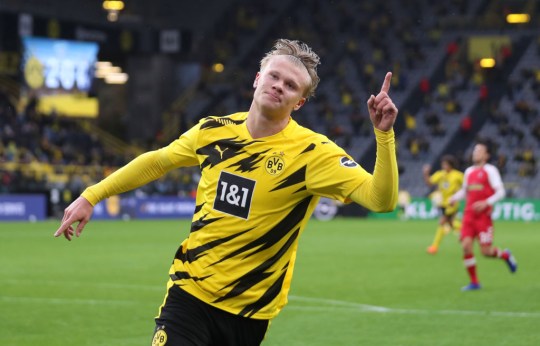 Speaking to Bild on Friday, Zorc said of Haaland’s situation: ‘Nothing has changed.

‘We are still planning with Erling for the new season.’

Haaland is currently contracted to Dortmund until 2024.