The Bundesliga superpower are aware of the growing interest in the Norwegian international from the La Liga giants following an outstanding season at Signal Iduna Park.

Dortmund have consistently stated their position on the 20-year-old goal machine in recent months with no outward interest in a sale. 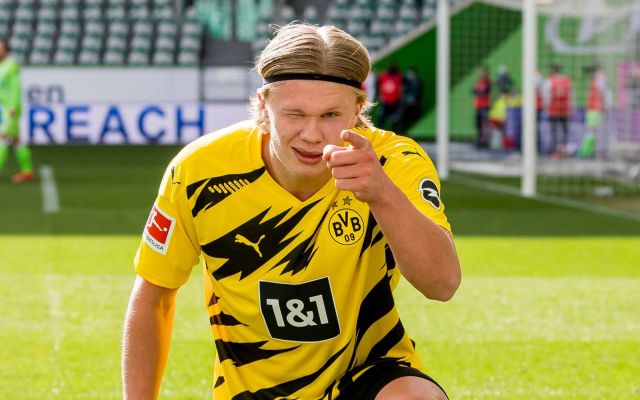 Haaland is under contract at Dortmund until 2024, following his 2020 move from Austrian side RB Salzburg, and Marco Rose is under no pressure to sell him.

However, Real Madrid continue to be interested in a possible move despite Dortmund’s position.

In a renewed effort to dispel potential suitors, Dortmund have opted to raise their asking price for Haaland to €200m this summer.

According to reports from Diario AS, Dortmund’s previous quote of €180m has been ramped up to a world record fee, as they aim to keep hold of Haaland for at least another season.