Bournemouth ‎midfielder Nnamdi Ofoborh has left the Flying Eagles camp in Germany for England for Sunday’s Premier league final round of matches. 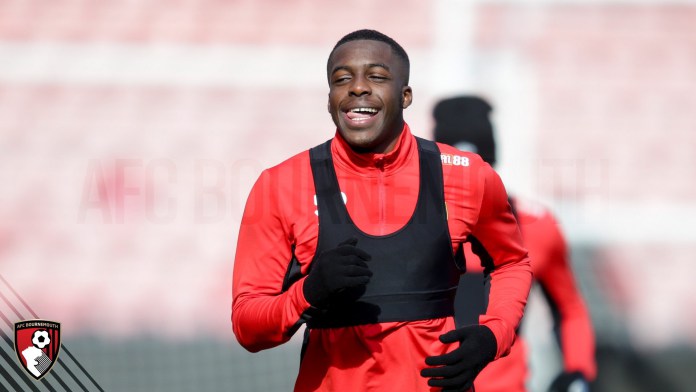 According to Owngoalnigeria.com, Ofoborh left camp yesterday following a request from Bournemouth to have him play for the first team against Crystal Palace.

Ofoborh was on the bench last week when Bournemouth faced Tottenham Hotspur.

He is expected back on Tuesday before head coach, Paul Aigbogun names his final squad for the U-20 FIFA World Cup in Poland in the coming weeks.

He has been among the key players in camp and scored a goal in the team’s 3-1 against German third division side, VfR Aalen in a friendly.