Boxing: Tyson reveals one condition that will stop comeback

Mike Tyson will only make a long-awaited return to boxing to fight a ‘another bonafide boxer’ – as he doesn’t want to make a mockery of the sport. 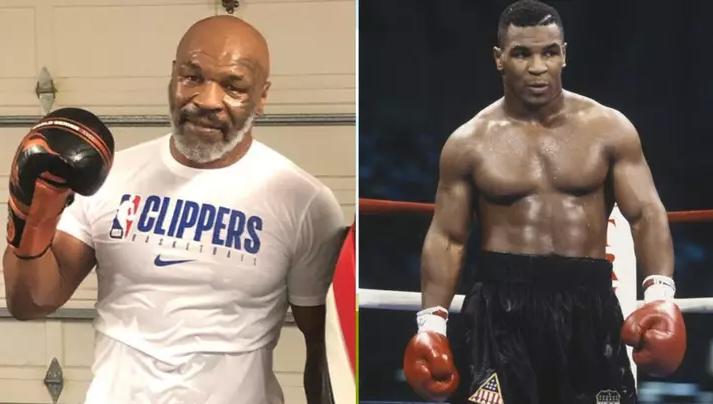 ‘Iron Mike’ recently announced his plans to make a comeback in charity matches and he posted training footage that sent fight fans into a frenzy.

Many outlets have reported the 53-year-old’s plans to return to the ring, some of which Tyson himself has shot down.

However, an insider close to the former world champion revealed to SunSport: “Mike has ruled out the prospect of the exhibition bout in Australia because he does not want to fight a cross-over athlete.

If Mike returns to boxing, it will only be to fight another bonafide boxer.

“Mike believes anything else would be an insult to the sport.”

Tyson’s respect for the sport of boxing is well known and the strong beliefs would not be out of character for the ‘Baddest Man on the Planet’.

The Brooklyn native revealed on Saturday that the ‘Gods of War’ have reawakened inside him and that he’s ready to fight.

“That’s all I’ve been doing, getting into shape,’ Tyson said on a #PlayApartTogether live stream on Facebook.

“I feel unstoppable now. I feel the same [as when I was in my prime] again. The gods of war ignited my ego and want me to go to war again.

“Imagine if I went out there and fought and I could help all these people we talked about.”

Despite the hype surrounding a potential comeback, legendary boxing promoter Frank Warren has slammed Tyson and said he would have ‘no chance’ against any heavyweight.

“I don’t care if Mike Tyson is in the gym for the next ten years, he has no chance against any heavyweight,” he wrote in his column for the Metro.

“I have no idea who would license him at the age of 53 if it wasn’t an exhibition match. I can’t see any governing body doing that. He’s in there getting himself fit and well, and that’s brilliant.

“His coach talking about him fighting any of the heavyweights out there, would I ever put him with someone like Daniel Dubois? Never. It’d be an embarrassment. I can’t think of a single heavyweight he could fight.”

Video: How Messi knocked down 20 panels in 82 seconds