Nigeria’s Super Eagles suffered a 0-1 defeat to Algeria’s Desert Foxes despite the African champions not having a spectacular game in Friday’s international friendly in Austria.

Ramy Bensebaini netted the only goal of the encounter as the Eagles were just poor, clueless,  and lacked any sort of composure or creativity in the final third during the game.

The Borussia Monchengladbach defender fired the winner at the Jacques Lemans Arena after pouncing on a loose ball from a corner-kick in the box.

There you go. The eagles are on the pitch. #NGAALG pic.twitter.com/0kJ1pU7ZcK 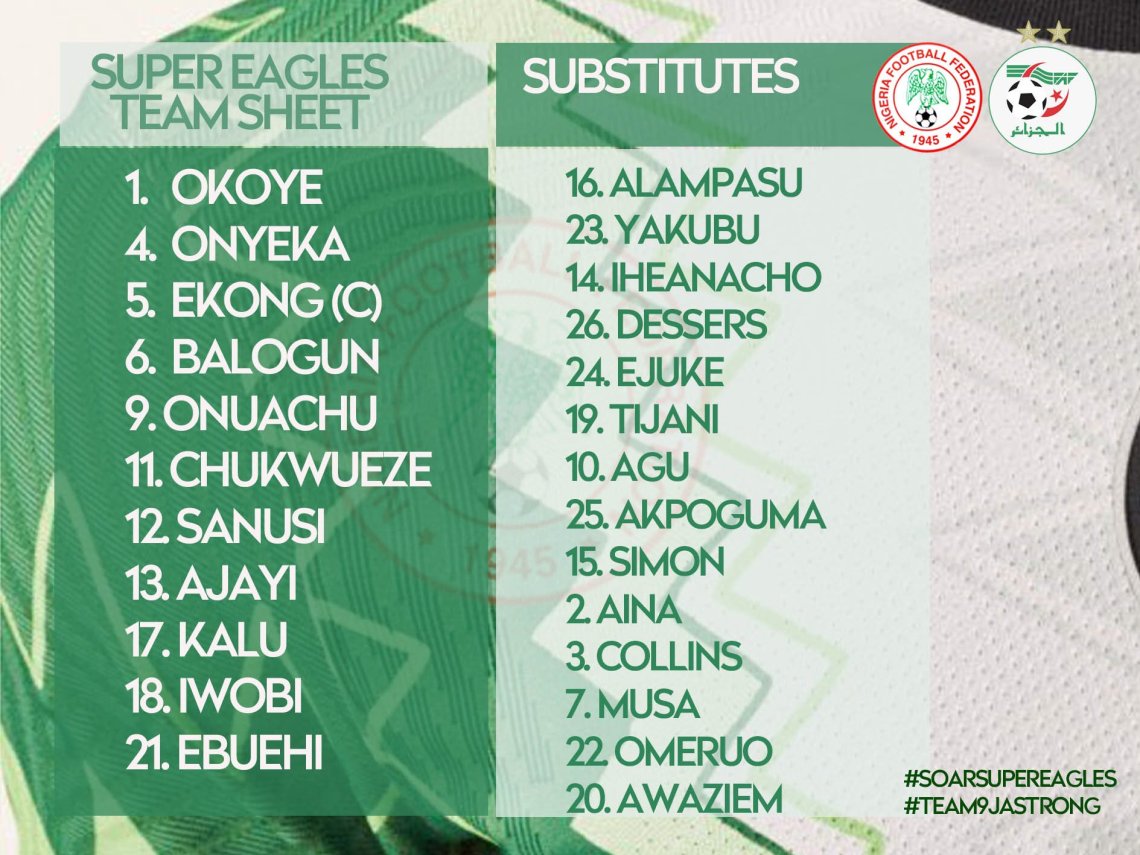 After Alegria’s goal, Alex Iwobi went close to level scores for the Eagles, but his long range effort was well gathered by Alexandre Oukidja before Delort forced Maduka Okoye into a very fine save at the other end.

Sanusi was next to threaten four minutes to be break, when the Porto man made the best of a nice team move, but his effort at the near post was stopped.

Rohr brought on the likes of Mikel Agu, Moses Simon, Kelechi Iheanacho, Kevin Akpoguma, SamsonTijani and Ahmed Musa as the Eagles sought to stage a comeback into the contest, but the Desert Foxes held their own to claim their second successive victory over Nigeria.

FC Midtjylland midfielder Frank Onyeka was handed his debut appearance in the middle of the park while Porto left-back Zaidu Sanusi made his bow for the three-time African champions.

There you go. The eagles are on the pitch. #NGAALG pic.twitter.com/0kJ1pU7ZcK

The Eagles will now turn focus to their second international friendly against Tunisia on Tuesday, October 13.

Nigeria vs Algeria: Players, officials test negative to COVID 19 ahead of tie