Ben Chilwell’s goal on the stroke of half time was enough to give Chelsea a 1-0 victory in a tight West London derby at Brentford and return to Premier League top spot.

Brentford will feel they were unlucky to come away with a draw as Bryan Mbeumo hit the post in each half.

The goal, well worthy of winning any match, came after Pontus Jansson, under pressure from Romelu Lukaku, cleared N’Golo Kante’s cross to the edge of the area where the England left back on the volley scored his third goal in as many games. 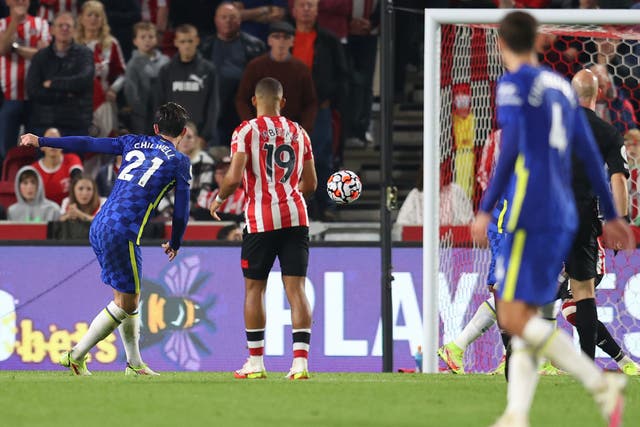 The Bees piled on the pressure in the last 10 minutes and Eduoard Mendy had to make fantastic point blank saves from Saman Ghoddas and Jansson to keep the Blues in front.

Mane reaches 100 goals landmark in EPL without a single penalty

Akpeyi’s Chiefs too hot for Chippa on chairman’s birthday