Super Eagles forward Emmanuel Dennis was among the goals for Watford as Ole Gunnar Solskjaer’s Manchester United suffered a humiliating 4-1 defeat with captain Harry Maguire sent off at Vicarage Road on Saturday.

The Red Devils succumbed to their third defeat in four Premier League outings as pressure was heaped on the Norwegian, whose side dropped down to eighth in the top-flight and five points off the Champions League spots following a chastening loss on the road. 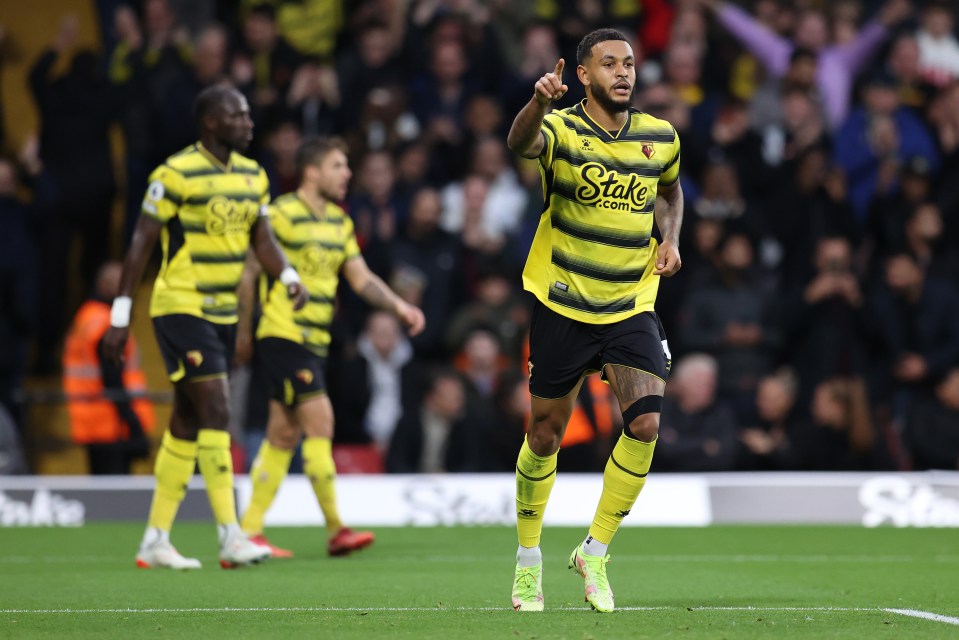 Ismaila Sarr made amends after having two penalties saved by David de Gea as he slotted home before half time following Josh King’s 25th minutes opener to put the hosts in control. 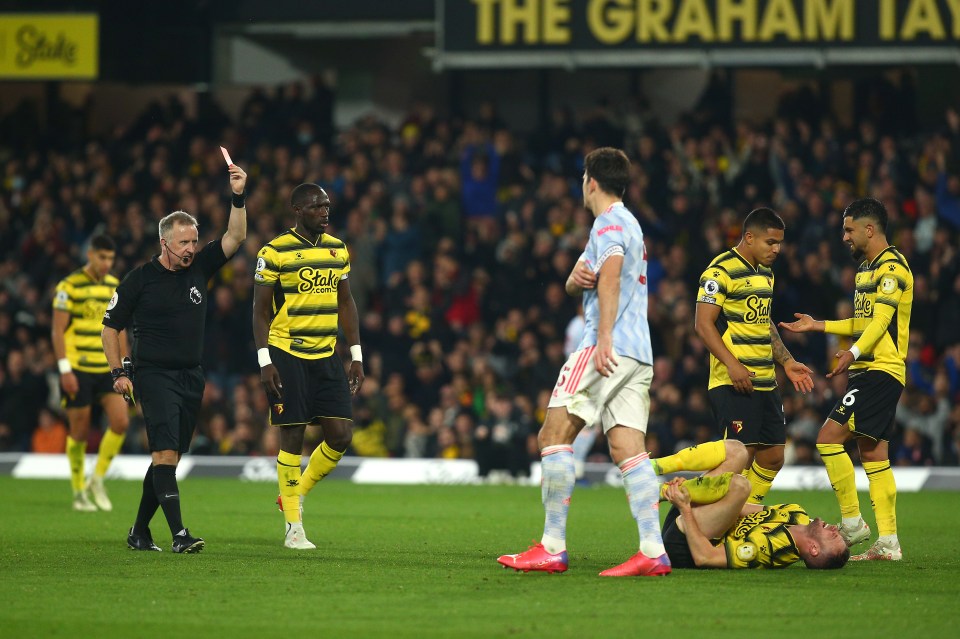 Things were looking bleak for Ole Gunnar Solskjaer but Donny van de Beek – who had played just 16 minutes of Premier League action prior to coming on after half time – gave United a lifeline by heading home from Cristiano Ronaldo’s smart header.

But any hope of a Red Devils comeback was extinguished when Harry Maguire was dealt his marching orders with 20 minutes to go before Joao Pedro and Emmanuel Dennis hit late goals to seal a stunning 4-1 victory – Claudio Ranieri’s first win at Vicarage Road.

Maguire’s mindless sending off was perhaps symbolic of the the Red Devils’ shambolic current predicament.

The 28-year-old clattered into Tom Cleverley for his second booking in a matter of minutes in what was a mindless challenge from the England defender.

United’s task of finding an equaliser was made twice as hard following his dismissal but Ronaldo thought he saved the day again by tapping home into an empty net, before being ruled offside.

Pedro sealed the victory for Watford in injury time before Dennis got in one act.

Bruno Fernandes was spotted angrily confronting United’s away support as chants of ‘sacked in the morning’ rang around the stadium.

Having spent almost half a billion in his time at United, the defeat at Vicarage Road may well prove to be the final straw for the Old Trafford hierarchy,