At a time when Nigerians are reportedly being executed in Saudi Arabia over drug deals, one would have thought that others seeking green pastures abroad will stay away from drugs to avoid fast lane to six feet.

It however looks like the ugly story is far from ending as a former footballer of Nigerian descent has reportedly been nabbed in India for drug deals.

The 40-year-old who has been identified simply as Ikenna was nabbed with 10 grams of crystal meth suspected to have been brought from Mumbai. This prompted a raid of his house located in Kardampuri in Jyoti Nagar area of India where 18 grams of cocaine was reportedly found. Ikenna who has been singing like a bird since his arrest by a team of policemen led by ACP Gokulpuri Anuj Kumar revealed that he is just the third man in the chain of distribution.

The drug runs is not the only headache Ikenna has to contend with as he is equally accused of residing in the country without a visa after initially entering the country in 2013 as a professional footballer. He equally revealed in the chat with police that the said football career hit the rocks with a bang forcing him to seek another source of income. 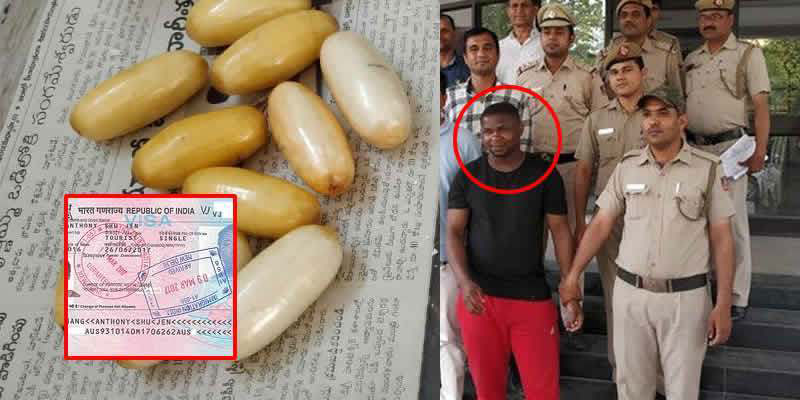 Interestingly he was said to have been arrested on his way to a club where he had hoped to dispose of the drugs to waiting customers.

Findings revealed that every month Ikenna would go to Mumbai and meet his source named Angel. He would then bring the contraband to Delhi.

The group was primarily catering to college students in various Universities across Delhi-NCR. Ikenna would go to parties and music events and contact his customers. Cops said he would only give the drugs to his trusted customers.

To further ensure their cover, the gang contacted customers through fake social media handles where they updated them about the fresh consignment. The teams are probing other members of the racket. Drug offences like in Saudi Arabia carry death penalty but could be said to be lighter in India especially for a first offender.

According to Section 31A of the NDPS Act, death sentence is awarded to a drug trafficker who has been convicted once under the NDPS Act for “engaging in the production, manufacture, possession, transportation, import into India, export from India or trans-shipment, of narcotic drugs or psychotropic substances.”