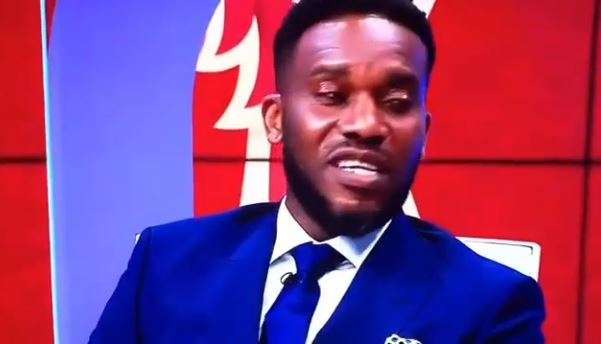 Okocha said this during a Bundesliga media meeting in Dortmund that was facilitated in conjunction with its international broadcast partner Startimes, that the German top-flight beats French Ligue 1 in terms of permanent prospects for junior talent.

The 1994 AFCON winner first stop in Europe was Germany where he spent seven years after arriving there from Nigeria in 1990 that included a four-year stint at Bundesliga side Eintracht Frankfurt from 1992-1996.

“But here in Germany, they give you that impression that they want you, they want to keep you and they want to achieve something with you; and for me that’s the difference.”

The last couple of seasons have seen junior imports starting to make an impression in the Bundesliga, supplementing the leagues already successful junior development programme that began after German’s 2002 FIFA World Cup flop.

19-year-old England striker Jadon Sancho of Borussia Dortmund has become the Bundesliga’s poster boy since leaving Manchester City in 2017, patiently rising from the Dortmund youth side to the first team last season.

Also joining him across from the English Channel is his ex-City club mate and Welsh junior international striker, Rabbi Matondo, who is enjoying game time at Schalke 04.

The 19-year-old Liverpool-born striker is also eligible to play for DR Congo.

Meanwhile, straight out of Africa is 25-year-old Togo striker Ihlas Bebou who joined ambitious Hoffenheim this term after making his Bundesliga debut two seasons ago with Hannover.

Bebou has steadily natured his craft through from the German amateur ranks and up through to the 2.Bundesliga since 2013 and is showing great potential as the future face of African football in the Bundesliga.