Enyimba started the match on an impressive note but were wasteful in front of goal.

CHAN Eagles striker, Ibrahim Mustapha was the first to begin the series of misses when his shot in the 13th minute went off target.

Mfon Udoh’s shot in the six yard box off Ikouwem Udo’s cross was blocked by WAC defenders in the 20th minute. 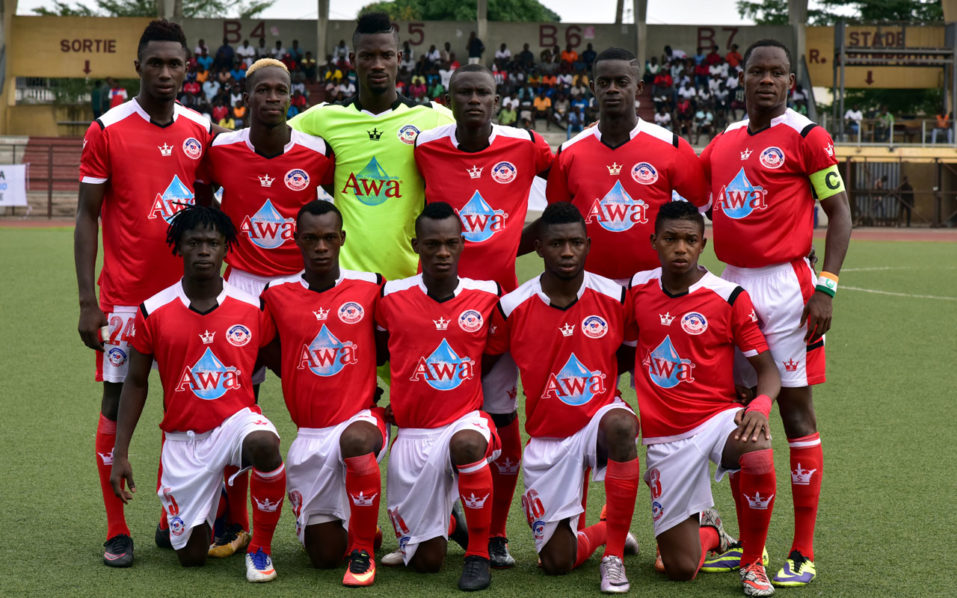 Goalkeeper Boris Junior Mandjui of WAC pulled a world class save in the 23rd minute to deny Mfon what would have been the opening goal for Enyimba.

Joseph Osadiaye and Stephen Chukwude failed to convert their chances with Chukwude missing a header in front of an empty net.

The host team took the lead against the run of play in the 34th minute through Kouassi Jean Willy who fired into the net to beat Fatau Dauda for the opening goal.

The first half ended with the host holding onto their lead.
In the second half, Enyimba tried to get the equalizer but it was WAC that got the second goal in the 80th minute.

Yameogo Guy Serge nodded a corner into the net to the delight of the home fans.

Enyimba’s woes were compounded when Ghanaian workaholic midfielder was stretchered off the field immediately WAC scored and had to be replaced by Ernest Governor.

Enyimba’s coach, Abdallah Usman said his players lost concentration after dominating for the first twenty minutes of the encounter.

“We conceded cheap goals because my players lost concentration when it mattered most” he said.

Enyeama to Ikeme: You are a good man