Enugu Rangers have been drawn in Group B of the 2018 CAF Confederation Cup which was announced today in Cairo, Egypt. 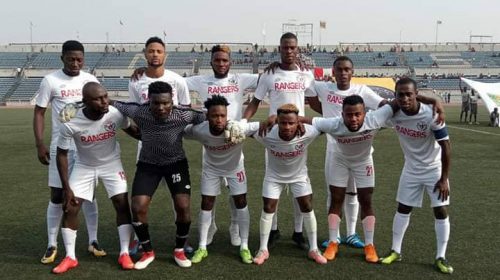 Rangers who on Sunday defeated Bantu FC of Lesotho 4-2 on aggregate open their group campaign against Sallitas of Burkina Faso in the first leg scheduled for the Nnamdi Azikiwe Stadium.

The tie will be played in the weekend of February 1-3.

While Rangers welcome the Burkinabe opponents, it will be an Tunisia affair between Etoile Sportive Du Sahel and CS Sfaxien in the other group match.

16 sides have been drawn in four groups.