After losing 1-2 to Tunisia’s Etoile du Sahel in their third group match of the CAF Confederation Cup, Rangers International of Enugu believes the North Africa would not escape defeat when they visit Enugu on March 3.

Scorer of Rangers’ goal in Tunis, Bright Silas believe s their efforts would lift them when the Tunisian side return to Nigeria for the second leg.

“We tried our best but we didn’t expect the game to turn out like this. We didn’t fall back in the second half. We’re hoping we can play better in the next game,” striker Silas said.

Blaming their lackluster outing away to the Tunisian side on shaky defence, Coach Gbenga Ogunbote is not giving up on their second leg this weekend.

Ogunbote said: “The match has been played. We scored first but lost eventually. I think all we can do is take the positive things from this game and wait for the return leg. When we scored, we retreated and paid dearly for our careless reaction. The mistakes we made in defense cost us the game.”

Despite the fatigue of his lads, Coach Roger Lemerre of Etoile du Sahel is not giving up on his team’s advancement to the knockout stage. 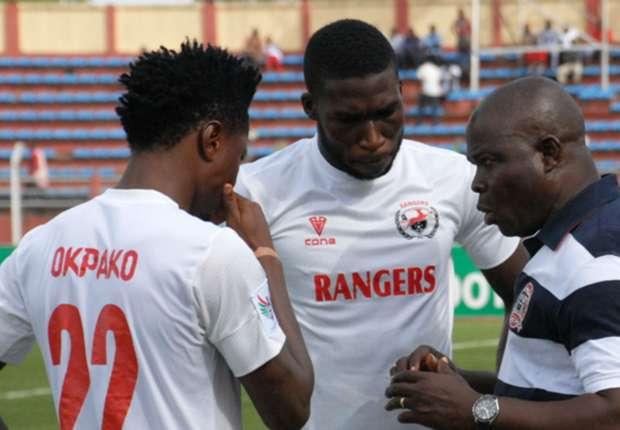 “What mattered in this game were the points and we were successful in getting them today. Despite having conceded first, we managed to come back which wasn’t easy. We are fully satisfied because we are back in the race for qualification. The consecutive games we have been playing have taken a toll on the players which
resulted in many injuries,” the French tactician said.

For defender Saddam Ben Aziza, the win over Rangers has indeed boosted their confidence coming to Nigeria. “It doesn’t matter if I scored or one of my teammates, the important thing is the three points. These points will better our chances of qualifying. Had we scored from the chances that came our way, we could’ve won by a
bigger margin. The important thing is that we played well. We conceded an early goal but we recovered and were up to the task,” said Aziza.

Rangers are second in Group B with four points from three matches behind CS Sfaxien of Tunisia which has six points from same number of matches.

Two teams are expected to advance to the knockout stage of the second most prestigious continental club tournament in Africa.