Cameroonian referee Alioum Alioum has been appointed for today’s opening match between host Egypt and Zimbabwe at the Cairo International Stadium. 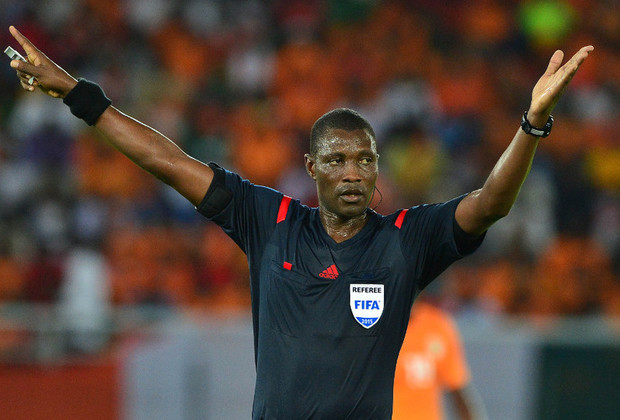 Alioum, 36, and an Air Force Officer in his native Cameroon will steer affairs of the Group A clash that will open the curtains for the 32nd edition of the flagship continental championship.

He is one of the most experienced referees on the elite panel of match officials having officiated at the last four editions of the Africa Cup of Nations – 2012, 2013, 2015 and 2017. A regular face amongst the knights of the whistle on the continent, Alioum also participated in the FIFA World Cup in Brazil in 2014.

His assistants are compatriot Evarist Menkouande and Senegalese El Hadji Malick Samba. At 46, Menkouande ranks amongst the oldest at the tournament. He has officiated at every edition of the biennial showpiece since 2008, making it seven editions in a row.

Femi Kuti, others to perform at opening ceremony of 2019 AFCON

Mikel’s presence will scare our opponents-Ighalo

Serie A: Dede urges Kumbulla to consider Roma exit ‘you need to play’

Fire in the forest: Cooper faces sack after £150m summer…