Nigeria internationals and Super Falcons forwards, Asisat Oshoala and Francisca Ordega will battle South Africa’s Thembi Kgatlana for the 2018 CAF Women’s Player of the Year award after making the final three announced by the Confederation of Africa Football today (Tuesday). 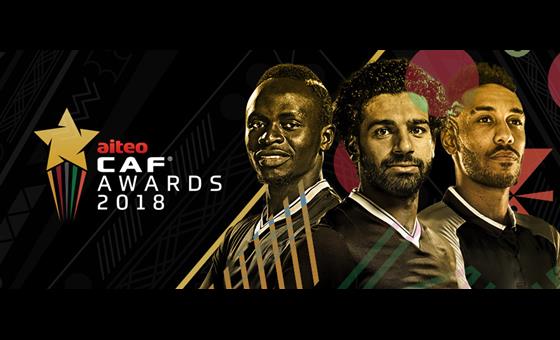 The trio were at the 2018 Africa Women’s Cup of Nations (AWCON) which Nigeria won after defeating South Africa in the final by penalties.

The players made the cut following their performance at the AWCON leading their countries into the final. However, the contest appears to be between Kgatlana and current holder Oshoala who is gunning for her fourth crown.

Kgatlana finished the AWCON as the Most Valuable Player and the tournament’s highest goal scorer with five goals unlike Oshoala who had three which were scored in one match. It is her second nomination at this level and hopes to become the second South African after Noko Matlou won it in 2008.

Ordega is also in the race after she was voted the Player of the Match in two matches.

In the men’s category, current holder Mohammed Salah of Egypt will slug it out with Liverpool teammate Sadio Mane of Senegal and Arsenal and Gabon international, Pierre-Emerick Aubameyang.

The awards will hold in Dakar, Senegal next Tuesday.

2018 Has Been A Fulfilling Year For Me – Balogun